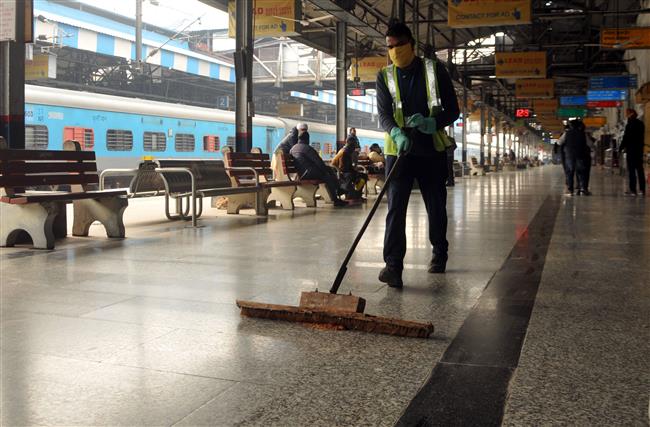 The New Delhi-Una Janshatabdi Express, the first passenger train to depart for Punjab after nearly two months, left the capital on Monday afternoon with 559 passengers on board, officials said.

Train services were suspended in the state since September 24 when the farmers protesting against the new farm laws converged on railway stations and tracks.

The Railways had said on Saturday it would soon resume goods and passenger trains in Punjab after the farmers decided to allow the services and the state government communicated that the tracks were clear.

According to Northern Railway officials, the Janshatabdi has 385 passengers who will de-board in Chandigarh, followed by 23 in Mohali, six each at Kharar and Morinda, 36 at Rupnagar, four at Kiratpur Sahib, nine at Anandpur Sahib and 27 at Nangal Dam railway stations in Punjab.  Sixty-three passengers will de-board at Una Himachal railway station.

The Railways had earlier said it made plans to restore train services to the region, provided they had security clearance.

“After the halt of the farmer agitation on railway tracks and stations in Punjab from November 23, Indian Railways is going to start rail services through Punjab and (in) Punjab,” Railway Minister Piyush Goyal tweeted. “Passengers, farmers and industries will benefit from the removal of the impasse in train operations for the last several days.”

The Railways has said it suffered a loss of Rs 2,220 crore due to the blockade. --- PTI