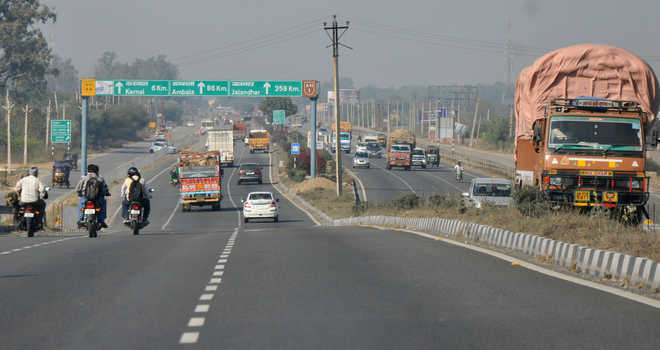 Soon, people coming to Delhi from Haryana and Uttar Pradesh by road will be able to witness the city's cultural heritage and its glory when they enter the national capital.

The Delhi Urban Arts Commission (DUAC) has given its nod to a proposal to construct an entry gate at the Tikri Border - Delhi's entry point from Haryana - and beautify a 200 metre stretch at the entry point, government officials said.

The Delhi Tourism and Transportation Development Corporation (DTTDC) said the aim of the project is to showcase Delhi's heritage and beauty in a way that people can witness the glory of the city when they enter the national capital.

"DUAC approval has been received for construction of an entry gate at the Tikri border and beautification of the 200 metre stretch. For other four locations, the consultant has been asked for necessary action," a senior DTTDC official told PTI.

Another DTTDC official said the file will now be sent to the government for final approval.

The beautification of the road stretch will include depiction of Delhi's history, cultural heritage and its evolution over the years, he said, adding that historical monuments like India Gate, Rashtrapati Bhavan and events such as Dandi March will be showcased through sculptures along the stretch at border points.

LED screens displaying temperature and pollution level will be installed along the road. Sculptures and decorative plants will also be installed near the entry gates to make it aesthetically appealing, the official said.

The entire project has been divided in two phases in which 12 major entry points will be beautified, the officials said, adding that an expenditure of Rs 25 crore is likely to be incurred on this.

"In the first phase, this exercise is to be carried out at five locations, including Tikri Kalan, Anand Vihar, Apsara border, Kapashera border and Ghazipur border. Remaining border points such as Singhu border, Badarpur border among others will be taken up in the second phase," the DTTDC official said.

According to DTTDC officials, the project to erect entry gates and provide aesthetic delight to commuters entering Delhi was conceptualised in December 2018 by the Tourism Department and later it was announced in the 2018-19 budget presentations by the government.

A plan for the beautification of entry points was prepared by the DTTDC but it got delayed as the proposal didn't get approval on time and due to the coronavirus pandemic.

"The file was sent to the DUAC for approval but it came back with certain observations. This exercise of file back and forth continued three to four times and then finally the approval was given recently,” the DTTDC official said. — PTI