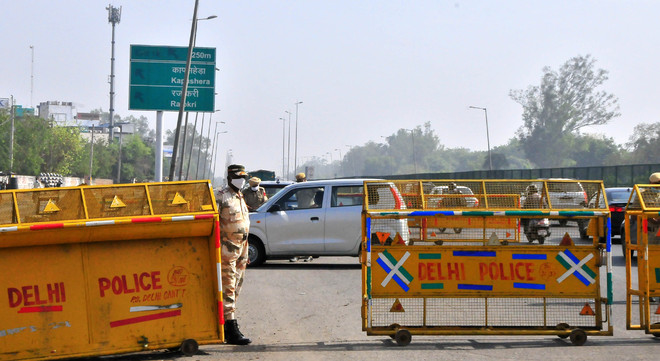 The Delhi Police erected barricades on Rajokri side and stopped every vehicle without a valid pass. This left many persons infuriated and arguing with the police.

The police however refused to budge and let every vehicle in only after checking valid passes, travel proofs etc. This led to congestion in the morning hours.

“I work in a private company in Delhi and had applied for passes but did not get those. It was urgent to go to the office today as I wanted some important document. I kept on pleading for half an hour but was not allowed,” said Sunil Chandna, a resident of Sohna road, Gurugram.

Similarly, many others spent the day arguing with the Delhi Police but were not allowed entry in Delhi. DCP, South-West, Ingit Pratap Singh was also present there.

“As per the lockdown guidelines, we have erected barricades and are checking all private vehicles which were trying to enter Delhi. We filed cases under Section 188 of the IPC against those who disobeyed the rule,” said DCP, South-West, Ingit Pratap Singh.