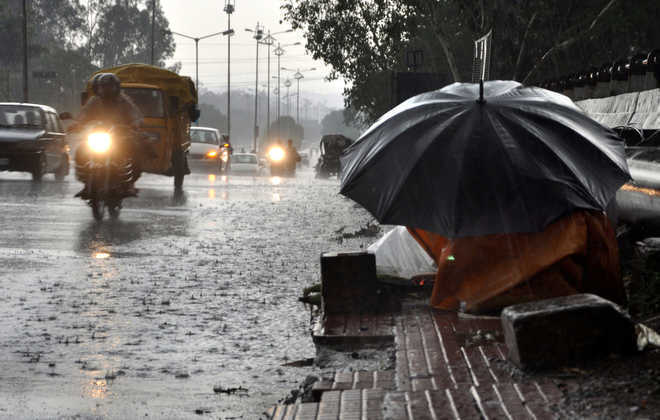 Delhi witnessed a sudden change in weather on Sunday afternoon as skies turned cloudy and rains in some parts brought the mercury down, giving much-needed relief to the people of the national capital.

People also shared videos of rains and hailstorm on the social media.

The city recorded a minimum temperature of 23.2 degrees Celsius, two notches below the season's average.

The weatherman said the maximum temperature is likely to settle around 40 degrees Celsius.

The relative humidity was 58 per cent.