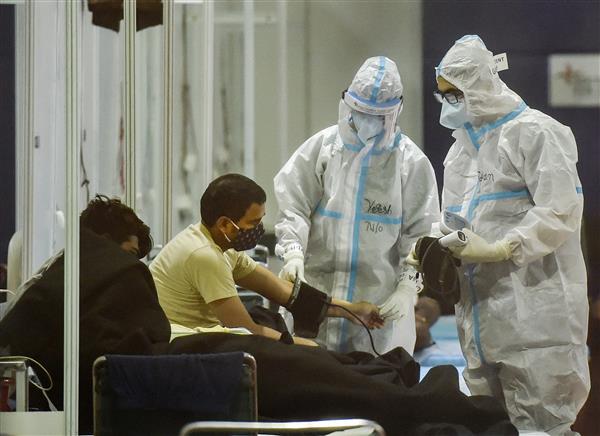 Delhi Health Minister Satyendar Jain said on Sunday that the COVID-19 fatality rate in the national capital was less than one per cent in the past 10 days and asserted that a massive increase in testing for detection of coronavirus infection had led to the rise in cases.

He said Delhi recorded 3,372 fresh cases on Saturday and 4,476 patients recovered within 24 hours.

About 46 deaths reported during the same period, which has been the highest in nearly 70 days, Jain said: “We do not look at the figures for a single day. The average fatality rate of the last 10 days has been 0.94 per cent. The patients who have succumbed are not those who tested positive in a day. These are people who tested positive 15 to 20 days back. That is why we take the average of 10 days,” he stressed.

Also read: Patients coming to Delhi in ‘very sick’ condition, most deaths of those with co-morbidities: Experts

The overall case fatality rate is 1.94 per cent. The occupancy of beds in Delhi hospitals had declined in the past four to five days and 55 per cent of the total beds were unoccupied currently, the minister added.

The Delhi government had constituted a three-member committee to audit daily the deaths caused by the novel coronavirus in the national capital.

Jain said the committee visited all hospitals and the report was satisfactory.

“There were a few glitches which have been ironed out. There was a time when the fatality rate was at four per cent but it has remained below one per cent in the past 10 days,” he said.

In the national capital, the number of containment zones has breached the 2,000-mark, which Jain said was a part of Delhi’s strategy to tackle the spread of the virus.

“We tripled the number of tests and those who tested positive were isolated in small containment zones to contain the spread. We knew we would have to do it aggressively for two to four weeks and we are seeing positive results now as the cases are declining,” he added.

“Wherever cases were reported, now there is a slowdown. In the last seven days, cases and positivity rate have declined. The positivity rate for the last seven days has been 6.5 per cent. Two weeks ago, it was 8.5 per cent and three weeks ago it was nine per cent. Also, people do not stay in market areas. They come there from residential areas. Markets cannot be called coronavirus hotspots, residential areas are the hotspots,” he clarified. PTI