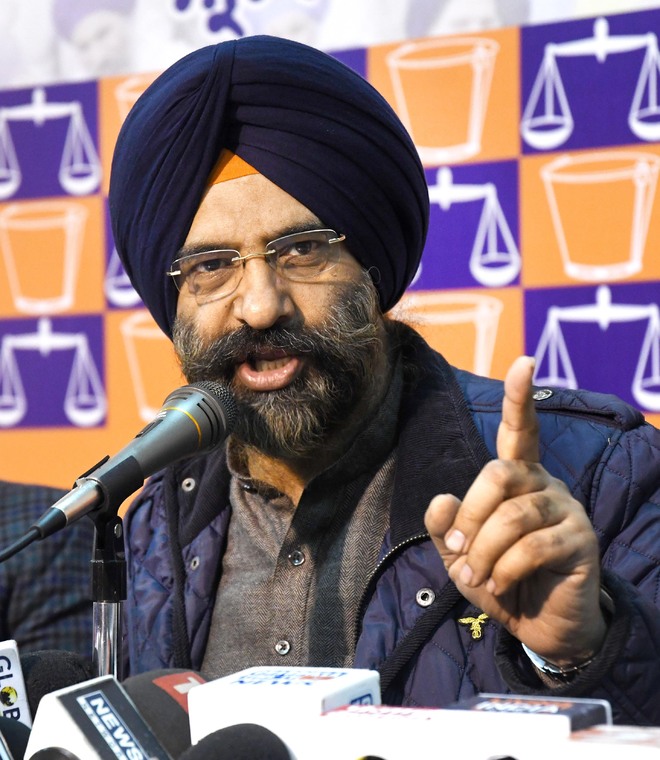 The upcoming elections to the Delhi Sikh Gurdwara Management Committee (DSGMC) will see a three-cornered contest. A total of 46 elected members from across the national capital comprise the DSGMC. The polls are slated for April 25.

The Sukhbir Singh Badal-led Shiromani Akali Dal announced its first list of 20 names yesterday. Party MP Balvinder Singh Bhunder said the agenda would be to showcase the work done in the past tenure. SAD leader Manjinder Singh Sirsa, who is the MLA from Rajouri Garden, heads the DSGMC.

The Jag Aasra Guru Ott (JAGO) party led by Manjit Singh GK, announced its first list a few days ago. GK, a former president of the DSGMC, left the SAD to form his own outfit. He is contesting all 46 seats. He has the blessings of former Union Minister Sukhdev Singh Dhindsa.

The other important players are the Sarna brothers — Paramjit and Harvinder. They have entered into a seat sharing understanding with Bhai Ranjit Singh, a former jathedar of the Akal Takht.

“We plan to contest 35-36 seats. The rest will be left for Bhai Ranjit Singh,” said Harvinder. Paramjit is the former president of the DSGMC.

There was a move among the opponents of the Badal family to get Manjit Singh GK and Sarna brothers join hands. “That has not worked out,” said a senior Sikh leader.

Both GK and Sarna brothers have been raising the issues of dipping finances of the DSGMC, including pending payments for educational institutions.

Sirsa will bank upon recent initiatives such as free dialysis centre and new hospital, besides the DSGMC efforts to get bail for farmers arrested for the January 26 violence. Further, the DSGMC ensured langar did not stop during the Covid-19 pandemic.

The process of filing of nominations is till April 7. Scrutiny of nomination papers will be conducted on April 8 and the last date for withdrawal of candidature is April 10.