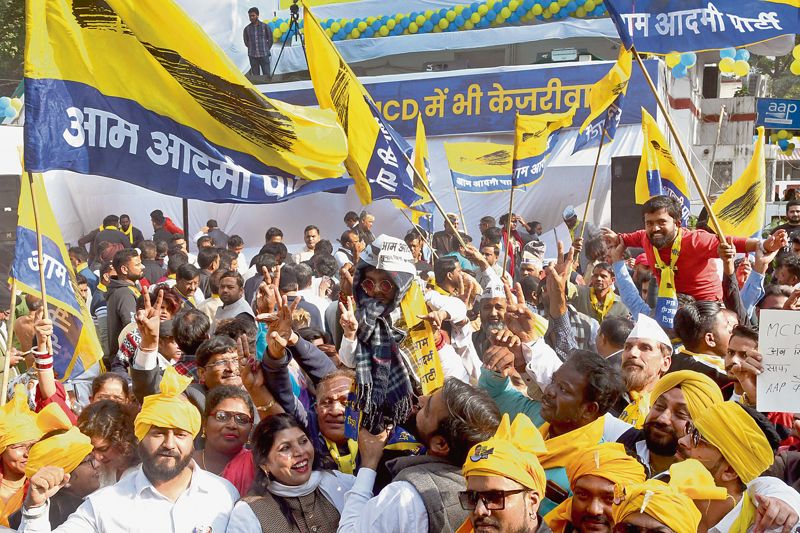 Despite its majority in Municipal Corporation of Delhi (MCD) election, Aam Aadmi Party (AAP) is said to be apprehensive about the election of their man on the mayor’s post.

The BJP has already claimed that even without having the required majority, the election of Mayor is an “open game”. The BJP is citing the example of Chandigarh where the Mayor from the BJP was elected.

BJP IT Cell chief Amit Malviya has tweeted: “As for the election of the Mayor for Delhi, it will all depend on who can hold the numbers in a close contest, which way the nominated councillors vote etc. Chandigarh has a BJP mayor, for instance.”

In Chandigarh, AAP had won 14 of the 35 municipal wards, but the BJP, with 12 councillors, got the Mayor.

Adding fuel to the apprehension, Delhi BJP president is openly claiming that the Mayor could be from the saffron party.

Delhi BJP president Adesh Gupta said, “Time will tell from which party the Mayor will be elected. Anything can happen in politics. Councillors, even from AAP, after listening to their conscience, can vote for us.”

Meanwhile, Delhi Deputy CM Manish Sisodia on Wednesday night tweeted, “The BJP has already started its game. Our newly elected councillors are getting calls. Our councillors are not for sale. We have told them to make a recording if anyone calls up or meets them.”