Yet, the number of RT-PCR tests has not shown an increase with the figures hovering around the 10,000 mark 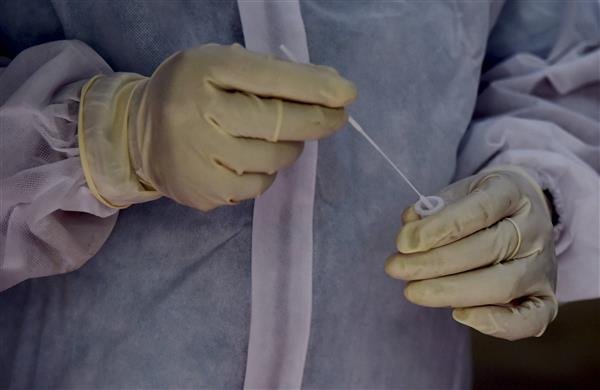 The Delhi government has asked all districts to retest all symptomatic patients, who have tested negative for COVID-19 on rapid antigen test, using the more reliable RT-PCR method, after it found the process was not followed in over 1,400 cases.

The directive was issued on Thursday.

According to the government, Northwest district had the maximum 870 cases where symptomatic antigen negatives were not followed up with an RT-PCR test by Wednesday. In Southwest district, 258 symptomatic persons were not tested using the RT-PCR method after testing negative in rapid antigen tests.

The Delhi government is working out modalities to ramp up RT-PCR testing, officials said Wednesday, a week after the high court suggested increasing the capacity to maximum as rapid antigen tests were found to be accurate in only 60 per cent cases.

Yet, the number of RT-PCR tests has not shown an increase with the figures hovering around the 10,000 mark.