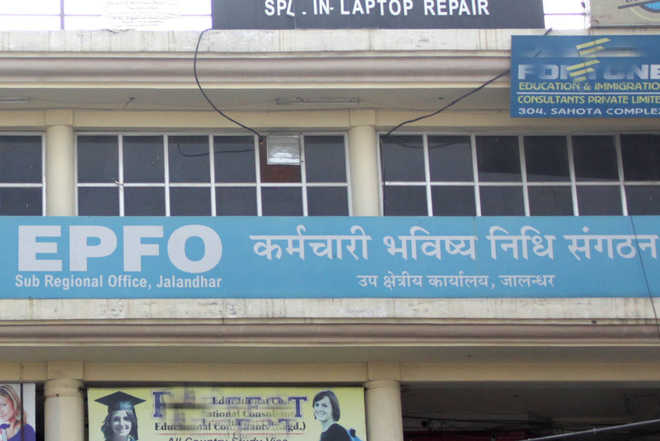 The Central Board of Trustees, EPF, in its meeting on Thursday recommended 8.5 per cent annual rate of interest to be credited on the EPF accumulations in members’ accounts for the financial year 2020-21.

The meeting, presided over by Union Labour Minister Santosk Kumar Gangwar, was held in Srinagar.

“Since FY 2014, EPFO has consistently generated returns not less than 8.5 per cent,” the Labour Ministry said, adding: “A high EPF interest rate, along with compounding, makes a significant difference to gains of subscribers.”

“This is despite the fact that the EPFO has consistently followed a conservative approach towards investment, putting highest emphasis on the safety and preservation of principal first approach,” Gangwar said during the meeting.

The Ministry said the EPFO over the years had been able to distribute higher income to its members, through various economic cycles with minimal credit risk.

It informed that during the period from 2015-16, the EPFO prudently started investing in equity through exchange traded funds based on the NSE 50 and BSE 30 indices.

The investment in equity assets started from 5 per cent for FY 2015 and subsequently gone up to 15 per cent of the incremental portfolio.

For FY 2021, the EPFO decided to liquidate investment and the interest rate recommended is a result of combined income from interest received from debt investment as well as income realised from equity investment.

This has enabled the EPFO to provide higher return to its subscribers and still allowing the EPFO with healthy surplus to act as cushion for providing higher return in future also. There is no over-drawl on the EPFO corpus due to this income distribution.

“The assured fixed return approach of the EPFO, announced by the CBT every year along with the tax exemptions, makes it an attractive choice for investors, providing them with strong social security in the form of provident fund, pension and insurance schemes,” the Ministry said.