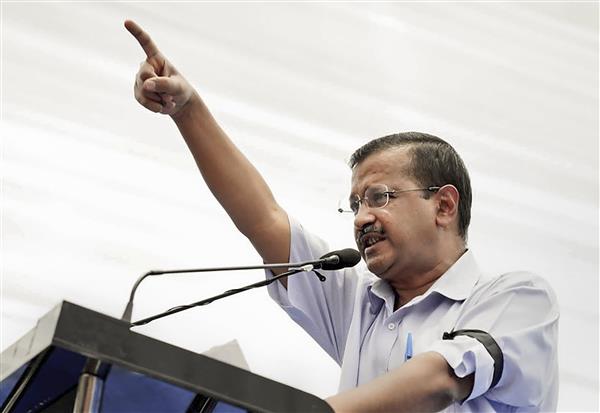 More than two dozen retired IPS officers have written to President Droupadi Murmu complaining about Delhi Chief Minister Arvind Kejriwal’s “high-headed and boorish behavior” with police personnel and urged her to “counsel” him.

This, however, prompted the Aam Aadmi Party (AAP) to claim that it was the handiwork of the BJP. The party in a statement said the BJP’s prospects in the Gujarat Assembly polls, slated to be held later this year, are “very bad” and this was the reason why the letter was written.

In the letter, the retired IPS officers, including former Directors General of Police (DGPs) of states, mentioned about a recent spat involving Kejriwal and Gujarat Police officials over the Delhi CM’s insistence to ride an autorickshaw during his visit to the state. They said the AAP leader’s “words and actions” created an “unfair spectacle” of the police force in the country.

They said, “By stating that the police officials of Gujarat are a black spot on the surety provided by the state, Kejriwal sought to gain public validation and praise albeit at the expense of the police force.”

“As experienced police officers, we know that a politician, especially one holding a post like that of a chief Minister, is free to conduct his business as he wishes but he should also understand that police are duty-bound to protect him and should not be needlessly dragged into politics,” they said.

Through his “unpleasant words and actions”, Kejriwal “intended to paint himself as a political martyr,” the letter said, adding that however, in doing so, he “unfairly created a spectacle of the police force” not only in Gujarat, but throughout the country.

“We, therefore, humbly request you to intervene as the Head of State and counsel Kejriwal against such high-headed and boorish behaviour that is intended to undermine the police force of our country,” the letter read.

The letter also alleged that Kejriwal “unfortunately” was involved in such incidents earlier as well. Ahead of the 2017 Punjab Assembly polls, the AAP leader had raised a “similar grievance” against the state police, demanding complete withdrawal of his security, it said.

Soon after the campaigning concluded, in a “completely conflicting stance”, Kejriwal cited “threat perception” and alleged that he was not given adequate protection, the letter added.