In the petition, the petitioner has prayed for quashing of the July 27 order issued by the Ministry of Home Affairs appointing Asthana 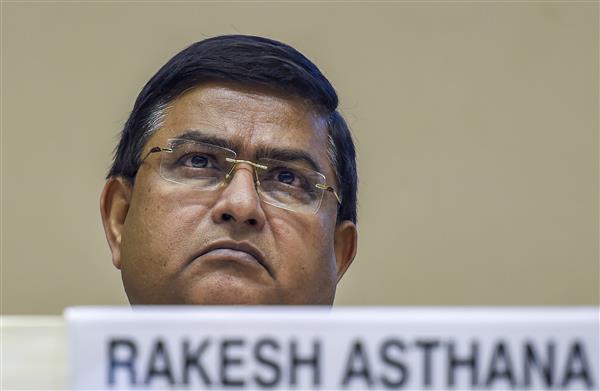 Filing public interest litigations (PILs) has become an industry and a career in itself, the Centre said in the Delhi High Court on Monday as it argued that the appointment of Gujarat-cadre IPS officer Rakesh Asthana as Delhi Police Commissioner deserved no intervention.

“(They say) there are good officers. Who are they? Are they the persons who possibly felt aggrieved? PIL is an industry, a career by itself, which was not envisaged,” Solicitor General Tushar Mehta argued before a bench headed by Chief Justice D N Patel which reserved its verdict on lawyer Sadre Alam’s PIL against Asthana’s appointment.

Mehta, representing the Centre, stated that Asthana was appointed as Delhi Police Commissioner after following the due procedure, as applicable to the national capital, and a PIL could not be permitted to be a “forum for settling scores”.

Senior counsel Mukul Rohatgi, representing Asthana, claimed before the bench, which also comprised Justice Jyoti Singh, that the petitioner was “a proxy for somebody who does not want to come in the front” and holds “personal vendetta”.

“People are always aggrieved if some peer or someone in the same service is selected. But here there is no (such) challenge. They are people who are educated, at the pinnacle of their career,” he stated.

Both Centre and Asthana objected to the intervention plea filed by Centre for Public Interest Litigation (CPIL), which has already moved the Supreme Court against the appointment.

“Neither the petitioner nor the intervenor is entitled to be heard by the court because of the malafide conduct,” said senior lawyer Rohatgi.

“The very fact that the same procedure was followed eight times and never questioned is ground enough to accept my submission that there is something other than public interest,” Mehta stated.

Advocate Prashant Bhushan, representing CPIL, stated that Centre’s stand that it found no eligible officers in the Union Territory cadre for appointment as Delhi Commissioner was “astounding” and had a “demoralising effect”.

He also claimed that the petition here was a copy-paste of the organisation’s plea before the top court.

Lawyer B S Bagga, appearing for the petitioner, denied the allegation of mala fide and contended that Asthana’s appointment was in the teeth of the settled service law.

In the petition, the petitioner has prayed for quashing of the July 27 order issued by the Ministry of Home Affairs appointing Asthana as the Delhi Police Commissioner and also the order granting inter-cadre deputation and extension of service to him.

“The impugned orders (of MHA) are in clear and blatant breach of the directions passed by the Supreme Court of India in Prakash Singh case as respondent no.2 (Asthana) did not have a minimum residual tenure of six months; no UPSC panel was formed for appointment of Delhi Police Commissioner; and the criteria of having a minimum tenure of two years has been ignored,” the plea said.

The Centre, in its affidavit, has said that the appointment of Asthana as Delhi Police Commissioner was done in public interest, keeping in mind the diverse law and order challenges faced by the national capital, which have national security implications as well as international/cross border implications.

Defending his appointment, the Centre said that it felt a “compelling need” to “appoint a person as a head of the police force of Delhi, who had diverse and vast experience of heading a large police force in a large State having diverse political as well as public order problem/ experience of working and supervising Central Investigating Agency as well as para-military forces”.

It said his service tenure was also extended in public interest, in exercise of the powers vested in the cadre controlling authority and prayed that the petition be dismissed with exemplary costs.

Asthana, in his affidavit, has told the court that there is a sustained social media campaign against him and the legal challenge to his appointment was an abuse of process of law, arising from vendetta.

He said that ever since he was appointed Special Director, CBI, proceedings are being consistently filed against him by certain organisations as part of a “selective campaign”.

The petition with similar prayers which has been filed by CPIL before the Supreme Court has urged to direct the central government to produce the July 27 order it issued, approving the inter-cadre deputation of Asthana from Gujarat cadre to AGMUT cadre.

On August 25, the Supreme Court had asked the high court to decide within two weeks the plea pending before it against the appointment of the senior IPS officer as Delhi Police Commissioner. — PTI