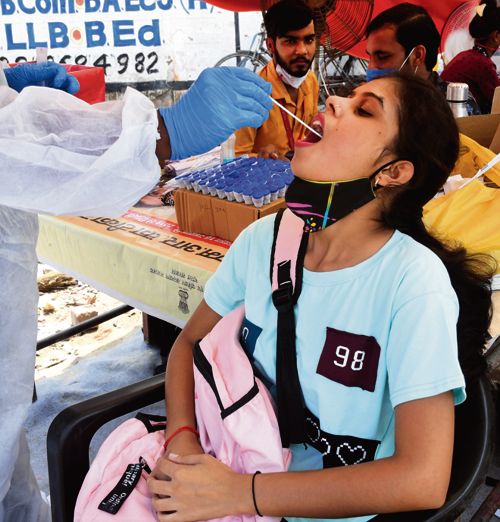 The government on Friday informed the Lok Sabha that neutralising antibodies in people infected with Covid-19 could reduce to an extent of 20 to 30 per cent in six months, exposing them to possibilities of reinfection.

The Ministry of Science in response to a question about whether the Sars Cov 2 virus was airborne admitted that Covid could be detected up to 10 feet (3.048 m) distance in the air around an infected individual.

The current social-distancing norm of the government is 6 feet. Answering a question on whether the scientists of the CSIR have claimed that the virus can travel up to 10 metre riding on aerosols, the Minister of Science and Technology Jitendra Singh said, “The decline of 20-30 per cent immunity in about six months refers to a study in the CSIR.” — TNS