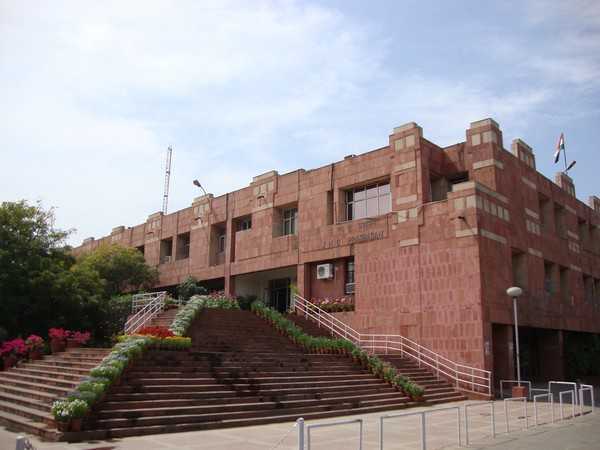 The Jawaharlal Nehru University administration on Thursday alleged that a group of students broke into the central library and clashed with the staff there following which an FIR has been registered with the police.

The varsity alleged that the students have been occupying the library for the last two days.

The police said based on the complaint by the varsity, a case has been registered.

According to the police, the incident took place on June 8 and based on a complaint from the varsity’s chief security officer, a case was registered on Wednesday.

Deputy Commissioner of Police (Southwest) Ingit Pratap Singh said, “Based on the complaint, a case was registered under Section 188 (disobedience to order duly promulgated by public servant) of the Indian Penal Code, Delhi Disaster Management Act and prevention of damage to public property.”

No arrests have been made in the case so far, police said, adding that a meeting between the students and chief librarian of the varsity was also held in this regard.

In a statement, the varsity said, “This (incident) has caused health risk for the library staff and even other students residing in the hostels, since these unruly students return to hostel for lunch/dinner or other purposes.”

The varsity said “a group of students scuffled with the security staff, broke open the side glass door of the BR Ambedkar Library, entered the main reading room of the building on June 8 and have occupied the space since then”.

It added that the students did not vacate the library building even during the night.

“When no amount of persuasion by the librarian and the security personnel convinced these students against violating the law and Covid-19 guidelines, the JNU Security Office lodged a police complaint in view of the seriousness of the issue. It has been found that these students do not even use mask or follow other Covid-19 related guidelines,” the varsity statement said.

The curfew imposed by the Delhi government is still in place and no new guidelines have yet been announced regarding resuming normal academic activities, it said.

“The chief proctor office in the meantime has been tasked with taking necessary disciplinary action against these students as per the university rules,” it said.

The students occupying the space are not permitting the library staff to sanitise the library for making it safer for students who will use the library after restoration of normalcy, it said.

“All these students are hereby instructed to vacate the library immediately,” it said.

A varsity student, requesting anonymity, said, “The library has not opened for a long time which has left PhD students frustrated. Students have their submissions due and have not been able to access the library. The students entered the library but there was no violence.” PTI