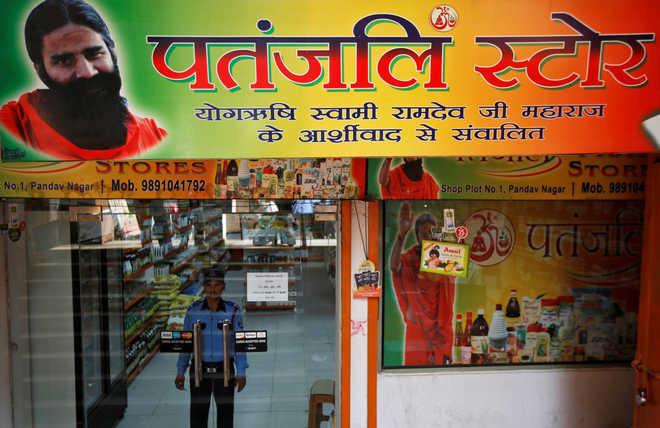 The Delhi High Court on Monday directed social media platforms, Facebook and YouTube, to remove or block access to a video, uploaded by a Hindi news channel, which alleges that Patanjali Ayurved illegally sold off red sandalwood against the interests of the country.

Justice VK Rao by his interim order also restrained the news channel from airing, publishing, televising or propagating in any manner on its websites any news or views, including the video in question, which are false, misleading or defames Patanjali Ayurved or lowers its goodwill.

The high court said Patanjali has made out a prima facie case for restraining the news channel and said the restraint would remain in effect till the next date of hearing on September 17.

“Further, I deem it appropriate to direct that the Facebook and YouTube shall take down/remove/restrict access/block the URLs which contain defamatory video or part thereof for the Indian domain,” the judge said.

The order came on Patanjali’s plea claiming that the defamatory video included grave allegations which insinuated that it had illegally sold off red sandalwood against the interests of the country.

According to Patanjali, none of the news, videos, posts of the channel took into account the order of the customs authorities dated September 16, 2019 dropping all proceedings against it with regard to the red sandalwood seized on February 17, 2018 that were being exported to China.

It further said that the customs authorities also allowed the release of the seized red sandalwood and granted permission to export the same.

Patanjali said that since the news was still freely available in the public domain, it was creating a false aspersion against its reputation.

It further said that on coming to know of the acts of the news channel, it immediately took steps to initiate complaint proceedings on May 16, 2020 and sent emails to the media house and the social media platforms to remove the content.

However, it only received automated responses dated May 16, 2020 from the media house stating that the complaint of Patanjali was acknowledged and is under consideration, it said in the plaint.

Facebook and YouTube in their response said that they were unable to assess the veracity of the posts/videos and therefore, cannot take any action.

However, they agreed to comply with an order of a competent court in the matter, Patanjail said in its plaint. PTI