Higher fee for over 4-hour parking, proper use of underground spaces among Delhi Traffic Police's plan to decongest Connaught Place 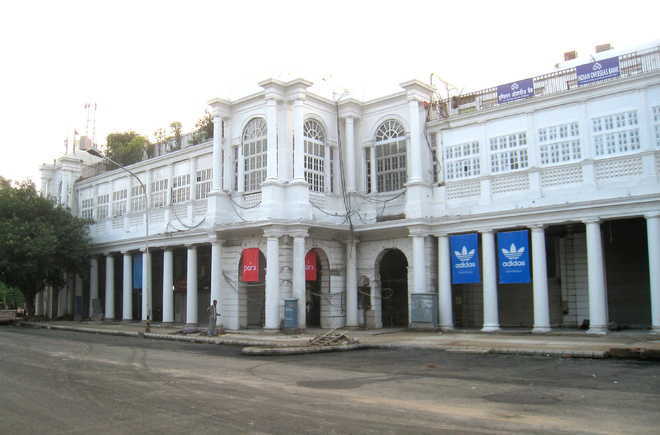 To decongest traffic at Connaught Place and ensure there's no unauthorised parking, the Delhi Traffic Police has submitted a proposal to civic authorities to upgrade the "underutilised" underground parking near Palika Bazaar, officials said on Sunday.

According to the officials, traffic congestion at Connaught Place, especially during weekends, is primarily due to shortage of parking space and less room on footpaths for people to walk because of encroachment by hawkers.

"We want to improvise the parking system and make it more efficient. We want to get the underground parking as well as the multi-level parking properly utilised," a senior traffic police official said.

"At present, the underground parking area in Palika Bazaar is being used only 40 per cent and even the multi-level parking system at Baba Kharak Singh Marg is being utilised for only about 20-30 per cent while the surface parking is being fully used," the official said.

He said the traffic police has suggested the New Delhi Municipal Council (NDMC) to fix slightly higher parking charges for vehicles which are parked for more than four hours in Connaught Place.

The Delhi Traffic Police said it has conducted a series of meetings with officials of the New Delhi Traders Association (NDTA) and the NDMC over the past two months regarding a proposal to upgrade the parking facility at Connaught Place.

Additional Commissioner of Police (Traffic – Southern Range) S D Mishra said the proposal has been made to set up an enhanced parking facility at Connaught Place and create space for pedestrians.

"We want to create a deterrent and send this message across that unauthorised parking on the road will not be tolerated,” he said.

The plan to make Connaught Place a vehicle-free zone, to decongest the heritage shopping arcade continued to be delayed for years and remained only on paper due to stiff resistance from traders, inadequate parking facilities and lack of a foolproof traffic management plan that were cited as reasons for the non-implementation of the plan.

According to the latest proposal, the underground parking facility near Palika Bazaar needs to be upgraded as it is in a very "bad shape". Also, the safety aspect needs to be addressed as there is no suitable lighting.

During the meetings, NDTA General Secretary Vikram Badhwar had pointed out that one of the main reasons for the underutilisation of underground parking adjacent to Palika Bazaar was the "pathetic condition" of the parking space.

"There is a safety issue involved as there is no proper lighting, especially on the lower floors, making the parking space dark. The vagabonds defecate and urinate there. The staircases also needed immediate repair. There was no lift for the elderly or the disabled person,” he had said.

Responding to this, the traffic officials said women, differently-abled persons and the elderly who own shops in Connaught Place can park their cars at surface-level parking, but the NDTA should try to convince others to start using the underground parking.

"We have emphasised on the need to encourage the shopkeepers, owners of commercial establishments and their employees to park their vehicles at the underground parking adjacent to Palika Bazaar rather than using above-ground parking. This way it would reduce the pressure on the surface-level parking in Connaught place and also ensure that adequate parking space is available for the customers coming to Connaught Place,” the senior traffic official said.

The traffic police has also suggested the NDMC to have fixed rates for underground and surface-level parking.

"Any shopper who comes to Connaught Place stays for say two-four hours. So, we have suggested the NDMC to fix parking charges higher than the usual rates for those parking beyond four hours,” the traffic official said.

Citing encroachment by hawkers, the traffic officials said certain roads meant for movement of vehicles in Connaught Place have been completely taken over by hawkers, leaving no space for pedestrians.

They said the matter has been highlighted during the meetings and the NDMC is supposed to take appropriate action. — PTI