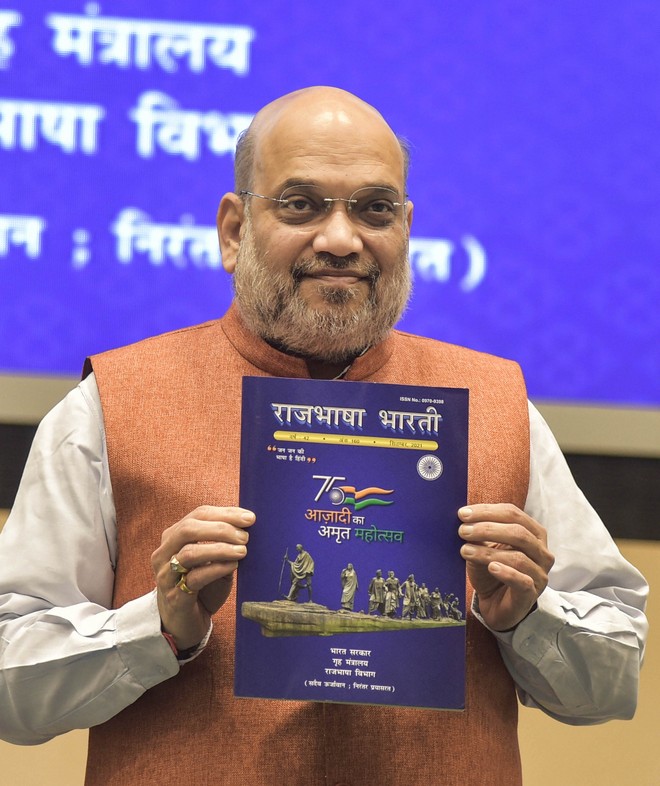 Hindi is earning a place of pride on the international stage and emerging as a powerful and prosperous language, Prime Minister Narendra Modi said on the occasion of Hindi Divas on Tuesday.

Defence Minister Rajnath Singh and Home Minister Amit Shah also hailed the richness of Hindi, with Singh saying it was the duty of every Indian citizen to use and propagate the Hindi language.

‘Sakhi’ of all local languages

Hindi has no conflict or contradiction with any local language. Official language Hindi is the ‘Sakhi’ of all local languages of India. — Amit Shah, Union Home Minister

Shah noted that gone were the days when people would hesitate to speak in Hindi. “The PM speaks in Hindi on the global stage now… National stress on self-reliance is not limited to production and infrastructure alone; it applies equally to language. We need to become self-reliant in our own language,” he said at an event to mark the day.

Earlier PM Modi tweeted, “Congratulations on the occasion of Hindi Divas. People from various regions have contributed immensely to the development of Hindi as a strong and powerful language. It is the result of all your efforts that Hindi is earning a pride of place on the global stage.”

Singh later said Hindi was among the most popular languages not only in India, but also in the world.