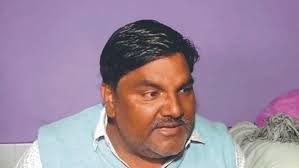 Suspended AAP Councillor Tahir Hussain had provided fake bills of manpower supply to launder money for fuelling the northeast Delhi riots, police have alleged before a court here in its second supplementary chargesheet.

The court had on January 5 taken cognisance of the supplementary chargesheet filed against former JNU student leader Khalid in the case related to the communal violence in Khajuri Khas area last year.

The main chargesheet was filed in June against Hussain and others in the case.

The supplementary chargesheet said during the investigation, public witness Roshan Pathak was examined regarding the financial transactions by Hussain in the month of January 2020, allegedly for the preparation of anti-CAA protests and riots.

It said Pathak, who was working as an accountant in one of the companies of Hussain, had told the police that he had allegedly taken cash from two persons (Amit Gupta and Manoj Thakur) and given that money to him.

“It has transpired that Tahir Hussain had transferred this money from his company account to the accounts of other companies, details of which had already been filed in the previous supplementary chargesheet and had used Roshan Pathak to bring the money back to him. This cash was then used by Tahir Hussain to organize riots in the area of North East District,” the charge sheet alleged.

It further alleged that facts regarding cheating and forgery committed by Hussain had emerged where he had allegedly induced his partner Nitesh Gupta to transfer money to his shell company accounts.

The suspended AAP Councillor had provided fake bills of manpower supply to Nitesh Gupta regarding those transactions while in fact no such service was ever provided.

“These fake bills were seized by the Enforcement Directorate during their investigation of money laundering by accused Tahir Hussain. Photocopies of some fake bills were provided by Nitesh Gupta during the investigation of the present case. Hence, Section 420 (cheating), 467 (forgery) of the IPC have been added in the present case against accused Mohd Tahir Hussain,” it claimed.

The ED has also registered a money laundering case against Hussain and Amit Gupta on this.

In its chargesheet, the police have alleged that the statement of another witness Rahul Kasana, driver of Hussain corroborated the fact that a meeting of minds happened on January 8, 2020.

The meeting happened among Hussain, activist Khalid Saifi and Umar Khalid in Shaheen Bagh area, in which they all hatched the conspiracy of riots in the garb of anti-CAA protests,” police alleged.

The statement of Kasana, which is also part of the charge sheet, was recorded under Section 161 (examination by police) of the Code of Criminal Procedure.

The chargesheet further claimed that during interrogation in police custody in the case, Saifi had allegedly disclosed about his role in conspiracy behind the riots along with Hussain and Umar Khalid to the police.

“As per disclosure statements, statement of public witness and analysis of CDR, it has been established that accused Tahir Hussain, Khalid Saifi and Umar Khalid held a meeting on January 8, 2020, and hatched the conspiracy to organize riots in the north-east district,” it alleged.

Communal violence had broken out in northeast Delhi on February 24 last year after clashes between citizenship law supporters and protesters spiralled out of control leaving at least 53 people dead and around 200 injured. PTI