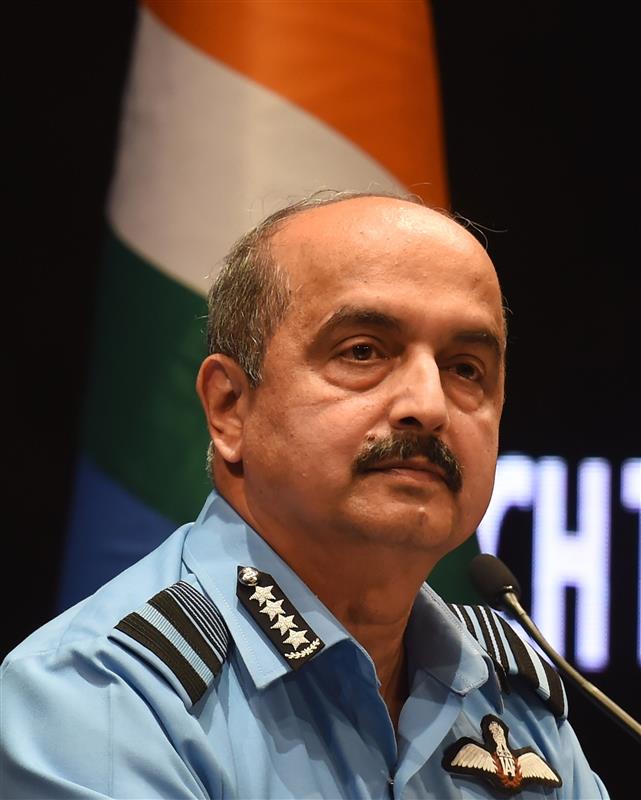 With the IAF facing a dwindling fleet of fighter squadrons, Air Chief Marshal VR Chaudhari on Tuesday laid out a plan of inducting some 200 jets, but admitted that the new inductions would not meet the mandated 42 squadrons even in a decade from now. He said the S-400 air defence system to be imported from Russia would be inducted this year.

The missiles can target and bring down multiple air-borne threats. Addressing a press conference here ahead of Air Force Day (October 8), the IAF Chief, who took over on September 30, said there was a plan to meet new demand as old fighter jets were phased out. On being asked about a timeline on meeting the need for the mandated 42 squadrons, he said, “We will not be able to do so in the next 10-15 years.”

The IAF plans to phase out over 100 Jaguar jets, approximately 50 Mirage jets and about 60 MiG-29 fighter planes.

As the deliveries of 36 Rafale fighter jets will be completed by next year, the IAF now is looking to take up the case of 114 fighter jets. The responses to the ‘Request for Information’ have been received from manufacturers. “We are moving the case further,” the IAF Chief said.

“In this project, we are looking to integrate fifth and sixth generation technologies,” the IAF Chief said, adding that it would be a ‘Make in India’ model and the Defence Acquisition Council would decide on it.

Apart from the 114 jets to be made in India by a foreign maker, the IAF Chief said deliveries of 83 Mark 1A Tejas jets made by Hindustan Aeronautics Limited would start in 2024. On being asked about the new air bases of China, the IAF Chief said the infrastructure developments on Chinese side do not impact IAF operations.

IAF is unlikely to meet its target of 42 squadrons over the next 10-15 years. It will have around 35 squadrons by the next decade. — VR Chaudhari, Air Force Chief

India to get russia’s S-400 system this year