ICU beds to be increased, plasma therapy to continue in Delhi: Satyendar Jain 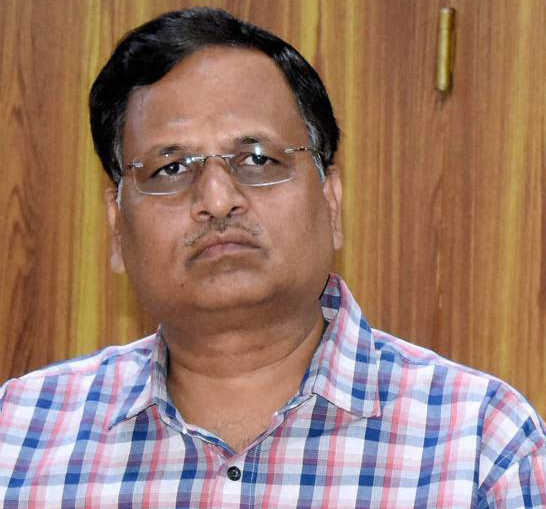 Amid a surge in COVID-19 cases in Delhi, Chief Minister Arvind Kejriwal has directed authorities to increase the number of ICU beds in hospitals and take steps to contain the spread of the infection, Health Minister Satyendar Jain said on Thursday.

Interacting with reporters, he also said plasma therapy would continue to be used in Delhi as it was proving to be effective in people, who are in stage one or two of COVID-19 treatment but not in stage three or those on ventilators.

He told this to media persons when asked to respond about an Indian Council of Medical Research-funded study which has found that use of convalescent plasma therapy in coronavirus-infected patients does not help in reducing mortality or progression to severe COVID-19 stage.

Number of containment zones rises to 1,272; maximum in southwest, lowest in northeast Delhi

The Chief Minister had on Wednesday held a review meeting with Jain, Chief Secretary Vijay Dev, senior officials and medical superintendents of Delhi government-run hospitals and asked them to take all possible steps to prevent the spread of the virus.

“The meeting was held to assess the current situation of COVID-19 and medical superintendents of all hospitals were present in it. The main outcome of the meeting was that CM has directed authorities to increase the number of ICU beds (in hospitals),” Jain said.

Delhi reported 4,039 fresh COVID-19 cases on Wednesday, the highest single-day spike so far, as the tally breached the two lakh-mark in the city. On Wednesday, a record 54,517 tests were conducted by authorities in 24 hours, the health bulletin had said.

This was the first time since the outbreak of the pandemic that over 4,000 cases were recorded in Delhi in a day. The previous highest single-day spike of 3,947 cases was recorded on June 23.

Twenty fatalities were recorded in the last 24 hours taking the death toll to 4,638, according to the bulletin issued on Wednesday.

“Delhi recorded the highest spike in cases so far. But it is also because we have gone aggressive on testing, with over 54,000 tests, highest ever in Delhi. And, we had set a target of 40,000 tests per day. So, we do not want to leave any infected person in tracing,” Jain told reporters.

Our target was to ensure “zero mortality” and treatment protocols had been standardised, he added.

The positivity rate on Wednesday was 7.4 per cent, which was close to the corresponding figure at a national level (7.5 per cent), Jain said.

On the ICMR-funded study, which has not yet been peer-reviewed and has appeared on medRxiv, a pre-print server, the health minister asked whether the ICMR has said it was wrong.

“Plasma therapy has been in use for many decades for various diseases. As of now, there is no standard treatment for COVID-19. And, patients in ICU, who are in first two stages, it is proving effective on them,” he said, adding: “I myself am a COVID survivor and was administered plasma therapy, so I am telling.”

He added that roughly 1,000 patients had been administered the therapy in Delhi.

On the provision to getting tests done without any doctor’s prescription, Jain said an AADHAAR card or any other identify proof will do. For RT-PCR, AADHAAR card would be required, he said.

Jain also held a meeting with medical directors and medical superintendents of all Delhi government hospitals on Wednesday to review the status of testing, the bulletin had said. PTI