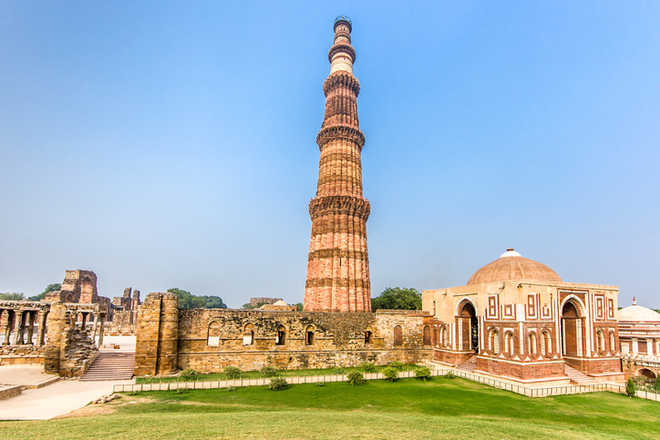 The Delhi High Court has directed South Delhi Municipal Corporation (SDMC) to submit a report on the properties being constructed in the vicinity of Qutub Minar and directed its commissioner to fix responsibility on officers who have permitted illegal and unauthorized constructions.

Justice Sanjeev Sachdeva further directed SDMC to ensure that none of the illegally constructed properties are permitted to be occupied, if not already occupied and sought the presence of the Deputy Commissioner (South Zone) before it on the next date of hearing on August 20.

“Let a status report along with complete details of properties which have come up in the vicinity of the Qutub Minar unauthorizedly be filed along with the action taken supported by the photographs."

“Municipal Commissioner (South Zone), Delhi is directed to fix the responsibility of the concerned officers who were supposed to monitor the area and who have permitted these illegal/unauthorized constructions to be carried and submit a report,” the judge said in his order dated July 29.

The order was passed on a petition by Rinku Kaushik alleging vast illegal and unauthorised colony being developed on land adjoining Qutub Minar, a world heritage site, and several multi-storey buildings being constructed at Mehrauli.

He contended that in spite of repeated directions by the court, SDMC permitted illegal and unauthorized construction to be carried out.

While SDMC said that demolition action has already taken place, the court observed that further construction has nonetheless been carried out and some of the buildings were in the process of being occupied.

The judicial observations made last year on SDMC’s response to the illegal construction being insufficient seem to have been fortified, the court said.

Last year, SDMC in its Action Taken Report said that it has undertaken a demolition action with respect to some structures in the area.

The court had however said that the “isolated punctures in walls or roofs are insufficient” and if the structure was illegal, “it would have to be brought down”.

The court had observed that all the structures were in the vicinity of the Qutub Minar and it was imperative that the ambience of the area be maintained, especially in view of the strictly prohibited and regulated construction near protected monuments.

Taking note of the photographs annexed to SDMC’s report which showed multi-storey buildings being constructed, the court had said “it is baffling as to how the Corporation permitted this whole row of houses to come up”. --- PTI