India building warships to hunt down subs close to its shores

The vessels will be able to destroy underwater targets 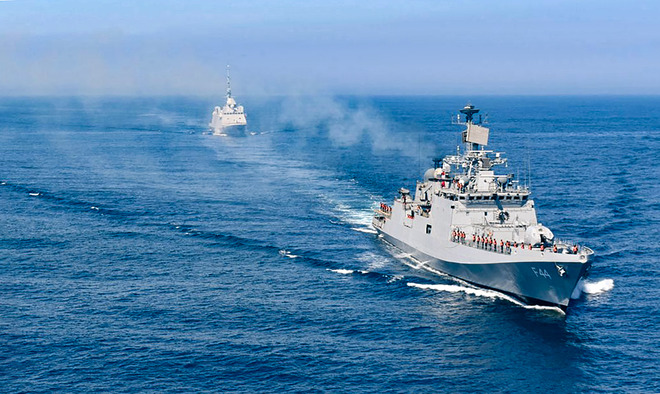 India is adding to its ability to hunt down submarines, especially in shallow waters, or in areas closer to the coast. All along the western coast, there are vast areas of shallow waters. Several of the refineries, crude-oil moorings, strategic oil storage reserves and key ports are on the west coast.

The ‘keel laying’ is a major milestone activity in the shipbuilding process and indicates the amalgamation of various blocks towards construction of a ship. The project at the GRSE, a company owned by the Ministry of Defence, is in collaboration with private Larsen and Toubro (L&T). This is the second part of the project, the other one of making eight similar warships is being done at Cochin Shipyard Limited, Kochi. The first steel cutting at the shipyard in Kerala was done in December last year. The project to make these 16 warships is close to Rs 13,000 crore. At present, the Indian Navy uses four vessels — INS Abhay, Ajay, Akshay and Agray — for scouting submarines in shallow waters. These are more than 30 years old and are customised variants of the Russian Pauk-class corvettes.

Besides these specialised shallow water sub-hunters, the Navy has a brand new fleet of submarine hunting warships called the ‘Kamorta class’ that ventures to high seas. In the air, specialised aircraft called the Boeing P8I keep an eye on submarines and carry anti-submarine missiles, the Harpoon. The Navy has 10 such surveillance planes. India has also contracted for 24 specialised submarine hunting helicopters from US company Lockheed Martin, to replace three-decade old Russian Kamov-28 copters.