Facility is expected to be operational in next three days 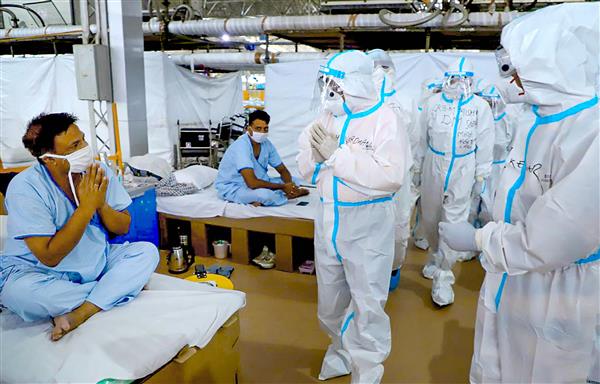 This centre was operationalised in June-July last year and closed on February 23 during which it treated 11,657 COVID-infected patients. PIB/PTI file photo

The Ministry of Home Affairs (MHA) on Thursday announced that a COVID care centre equipped with 500 oxygen beds will be re-operationalised in the national capital and it would be run by the doctors and paramedics of border guarding force ITBP.

Officials in the paramilitary force said, “The Delhi government had sought medical officers and para-medical staff from the Ministry of Home Affairs to man the Sardar Patel COVID Care Centre at Chhattarpur, which is being re-operationalised.”

“The Ministry of Home Affairs has designated ITBP as the nodal force for operating the facility,” an MHA spokesperson said.

Delhi has been witnessing a surge in coronavirus cases. Over 24,000 fresh COVID-19 cases and 249 deaths were recorded on Wednesday amid a growing clamour for oxygen and hospital beds in the city.

A senior ITBP official said, since the MHA issued order making the force as nodal agency to run the centre, “We are putting together the manpower for the facility located at Radha Soami Beas in south Delhi and they will be in place as soon as the infrastructure at the centre is ready.”

The official said initially the Centre would begin with 500 beds, which could be further augmented if required and for the purpose “more of the force’s doctors and medical staff” could be deployed.

According to the official, the centre is expected to be operational in the next three days.

This centre was operationalised in June-July last year and closed on February 23 during which it treated 11,657 COVID-infected patients.