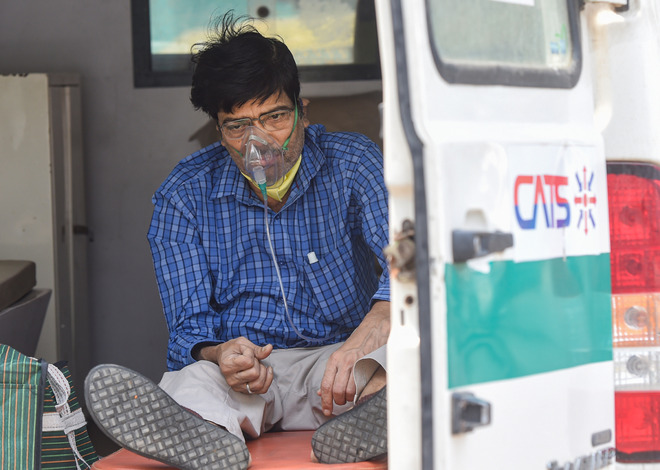 A patient waits in an ambulance outside a Delhi hospital. PTI

A Covid care centre with 500 oxygen-supported beds run by the ITBP began functioning in South Delhi’s Radha Soami Beas campus at Chhatarpur from Monday with the admission of at least 25 patients, officials said.

A team of 60 doctors, 120 paramedics, 100 security personnel and the administrative staff have been tasked to run the centre. "All SOPs for the admission of patients will be strictly followed and all laid-down protocols adhered to," he added. “Patients will need to be referred by respective District Surveillance Officers. There won't be any walk-in," he said. Helpline numbers are 011-26655547/48/49 and 011-26655949/69.

Patients would require to first report at the reception, after initial documentation, their physical examination would be done and then they would be admitted to the care centre at their allotted bed. — TNS