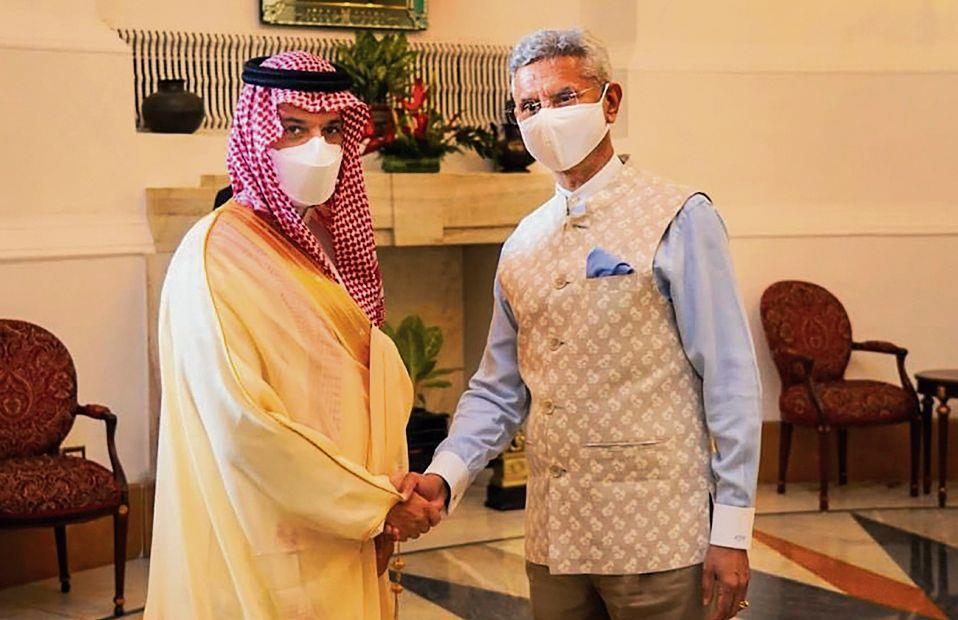 External Affairs Minister S Jaishankar met his visiting Saudi counterpart Prince Faisal bin Farhan Al Saud here today. The first ministerial visit from Saudi Arabia to India since the outbreak of the Covid-19 pandemic took place against the backdrop of both countries having to witness the developments in Afghanistan from the sidelines.

Both ministers discussed all issues related to their bilateral relationship and regional and international issues of mutual interest, said an MEA statement. They also exchanged views on developments in Afghanistan besides other regional issues and discussed bilateral cooperation at multilateral forums such as UN, G-20 and the GCC.

However, there appeared to be no breakthrough in allowing Indian expatriates to travel to Saudi Arabia, especially those who have taken Covaxin shots.

The MEA said Jaishankar urged Saudi Arabia to further relax restrictions on travel from India. Thousands of Indian expatriates stranded here have been urging the MEA to find a solution to their woes.

Jaishankar had a telephonic conversation with Prince Faisal's deputy on August 27 with easier travel for Indians to Saudi Arabia being the main topic.

At the Shanghai Cooperation Organisation (SCO) summit in Bishkek on Friday, Foreign Ministers of China, Russia, Pakistan and Iran had a meeting to the exclusion of India, the other major country in the grouping.

That these countries intend to control events in Afghanistan was apparent from Chinese Foreign Minister Wang Yi' five-point proposal on coordination and cooperation among the four countries for the next stage.

Similarly, Saudi Arabia has remained out of the picture whereas its much smaller neighbours UAE, Qatar and Bahrain played a leading role in evacuations and have also been sending humanitarian aid to Afghanistan.

New Delhi: Union minister Nitin Gadkari has said the final decision on continuing infrastructure investments in Afghanistan will be taken by PM Modi.

Kabul: Women employees of the Kabul city government have been told to stay home, with work only allowed for those who cannot be replaced by men. world