Kejriwal a megalomaniac, resorting to old drama it does before every state poll: BJP : The Tribune India

Kejriwal a megalomaniac, resorting to old drama it does before every state poll: BJP 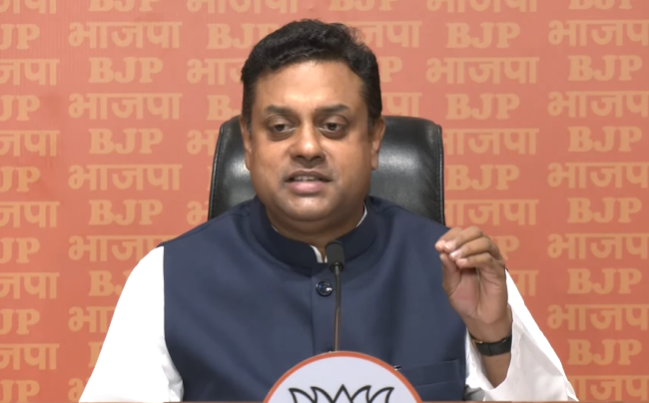 The AAP is resorting to the “old drama” it does before every state poll, the BJP said Sunday and accused Arvind Kejriwal of glorifying corruption, hours after the Delhi chief minister claimed the ruling party in Gujarat is rattled.

BJP spokesperson Sambit Patra termed Kejriwal a "megalomaniac" who is considering himself god after winning power in two states.

He always claims before a state poll that his party is winning and others are rattled, Patra said. It seems Kejriwal's certificate on honesty and dishonesty is more important than that of the judiciary, he said.

Taking a swipe at Kejriwal, the BJP spokesperson said it was a matter of "surprise" that the AAP leader did not say that US president Joe Biden was also afraid of him.

The AAP has "disintegrated" in Himachal Pradesh and its president in Uttarakhand quit the party even though Kejriwal made tall claims about his party's prospects in these states, Patra said.

Hitting back at Kejriwal for claiming that his party was "kattar imandaar" (hardcore honest), he said it was in fact "kattar beimaan'" and corrupt.

No government has seen so many of its ministers resigning due to various charges in such a short period as has the AAP dispensation, Patra said citing Jitender Singh Tomar and Sandeep Kumar among others.

The leader who took "commission" from liquor trade compares himself to "Kanha" (Lord Krishna), he said and called him "bayan bahadur" (one who talks big), the BJP spokesperson said and accused the Delhi chief minister of "glorifying" corruption.

Earlier in the day, Kejriwal launched a blistering attack on Prime Minister Narendra Modi and the BJP, accusing them of trying to "crush" the AAP in the name of fighting corruption as they feared a defeat in Gujarat polls.

Addressing the first-ever national conclave of his party's elected representatives, Kejriwal also alleged that the Modi government has been trying to frame his party ministers and leaders in false corruption cases as the BJP is "not able to digest the growing popularity of the AAP in Gujarat".