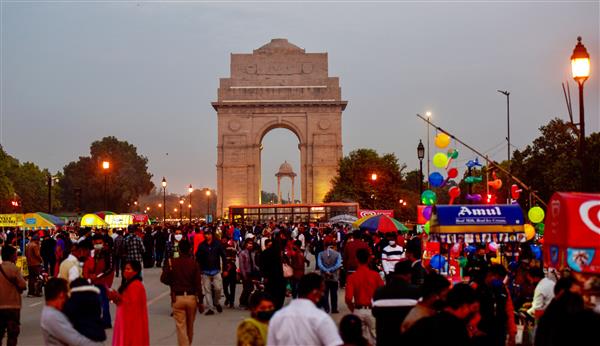 People visit the India Gate at Rajpath, amid the ongoing coronavirus pandemic, in New Delhi. PTI

Chief Minister Arvind Kejriwal on Sunday said the world is noticing the positive changes happening in Delhi and credited the people for the national capital featuring at the 62nd position in the list of the world’s best cities.

Deputy Chief Minister Manish Sisodia said Delhi was the only Indian city in the list and has improved its rank from the previous 81st spot.

“Such a good news for all Dilliwalas. All dilli walas have worked so hard in the last six years to make it happen. The world is noticing the positive changes happening in Delhi,” Kejriwal said in a tweet.

“Congratulations to all the proud people of Delhi and @ArvindKejriwal for the leadership. Our beloved Delhi is ranked 62 in World’s Best cities. The only Indian city in the list. There is significant improvement from the past ranking i.e. 81,” he tweeted.

The global ranking of 100 cities with over a million population was released recently by Vancouver headquartered Resonance Consultancy Ltd. PTI