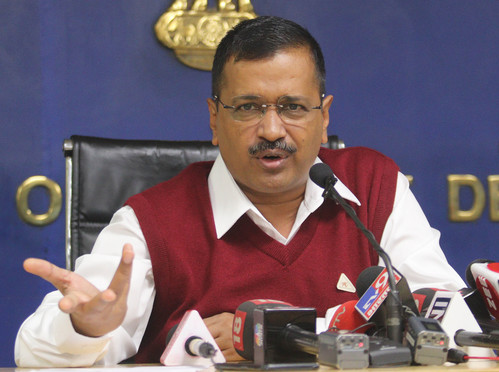 AAP national convener and Delhi Chief Minister Arvind Kejriwal will address a ‘kisan mahapanchayat’ at Meerut on February 28 in support of farmers protesting the Centre’s new agri laws, the party said on Monday.

The Aam Aadmi Party (AAP) has strongly come out in favour of the farmers protesting the new farms laws. Kejriwal has visited Delhi’s Singhu border, a major protest site, twice and expressed his support to the farmers.

“AAP National Convenor @ArvindKejriwal to address a Kisan Mahapanchayat in Meerut, Uttar Pradesh on 28th February, 2021. Aam Aadmi Party has convened a Mahapanchayat to support the demands of the protesting farmers,” the AAP said in a tweet. PTI