Earlier, Kejriwal had said his party will vote against the three bills and termed them "anti-farmer". 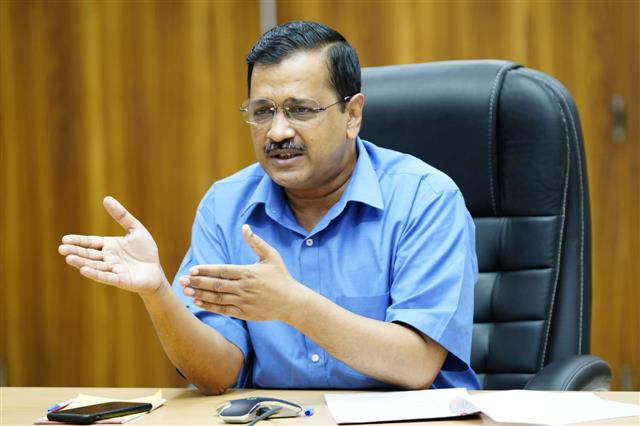 Earlier, Kejriwal had said his party will vote against the three bills and termed them "anti-farmer". Image: Twitter/@ArvindKejriwal

National convener of AAP and Delhi Chief Minister Arvind Kejriwal on Sunday appealed to all non-BJP parties to vote against three agriculture-related bills in the Rajya Sabha, saying farmers in the country wished so.

Earlier, Kejriwal had said his party will vote against the three bills and termed them "anti-farmer".

"Farmers all over the country are watching the Rajya Sabha today. The BJP is in minority in the Rajya Sabha. I appeal to all the non-BJP parties to defeat these bills, this is what farmers in the country wish," Kejriwal tweeted in Hindi.

He on Thursday had demanded that the Centre should withdraw the three bills and said his party MPs will vote against them in Parliament.

The Centre had on Monday introduced 'The Farmers' Produce Trade And Commerce (Promotion And Facilitation) Bill', 'The Farmers (Empowerment and Protection) Agreement on Price Assurance and Farm Services Bill', and 'The Essential Commodities (Amendment) Bill' to replace the ordinances promulgated earlier.

These bills seek to provide barrier-free trade for farmers' produce outside notified farm mandis, and empower farmers to enter into farming agreements with private players prior to production for sale of agri-produce. PTI