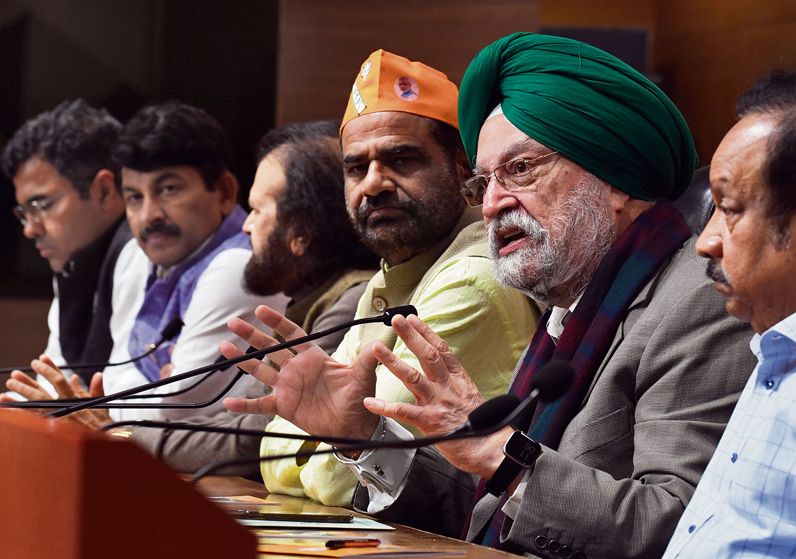 The ruling BJP today said its redevelopment plan for Delhi would benefit 1.35 crore people out of the city’s 2 crore population. Of the beneficiaries, 10 lakh will be slum dwellers, he added.

In an announcement few days ahead of the Municipal Corporation of Delhi (MCD), Union Urban Affairs Minister Hardeep Singh Puri said the government would propose an amendment to the Delhi Development Act, 1957, in the forthcoming session of Parliament.

Noting that the Delhi Master Plan 2041 would factor in the expansion in the city’s population to nearly 3 crore by 2041, Puri said land pooling facilities would be eased through the plan.

“In order to promote greenfield development, emphasis has been laid in the plan on development of urban extension areas through land pooling, where areas will be developed by public private partnership,” Puri said.

The minister said a land pooling portal was launched in February 2019 and 7,087 applications have been received so far from the landowners, expressing their willingness to participate in the scheme. As on date, around 7,400-hectare land had been pooled and notices had been issued in six sectors to form consortiums, for which more than 70 per cent landowners showed their willingness. Puri said the plan was in final stages.

Elaborating on the process of implementation of the Delhi Master Plan, the minister said active stakeholder consultations were underway for proper policy implementation.

“During these consultations, various teething problems such as mutation of land, stamp duty, contiguity of 70 per cent pooled land have been identified. To resolve these bottlenecks in implementation of land pooling, the Government has decided to facilitate the participants by amending the Delhi Development Act, 1957, wherein the concept of mandatory pooling (to achieve the contiguity in a sector) has been proposed. The proposal is being placed before the Parliament,” Puri said.

The minister added that there are 675 slum clusters in Delhi, out of which 376 clusters (comprising 1.72 lakh households) are on DDA and Central Government land.

“DDA has completed a survey of 210 clusters, wherein application forms of the dwellers have been taken through digital mode. The survey of the remaining 166 will commence immediately after municipal elections and will be completed by March 2023,” he assured.

Attacking the AAP-led Delhi Government, Puri said there were 299 JJ clusters where the responsibility for rehabilitation was in the ambit of the Delhi Urban Shelter Improvement Board, which falls under Delhi government. Unfortunately, no work has been carried out till date, he alleged.