Leopards have often been sighted in the national capital earlier too 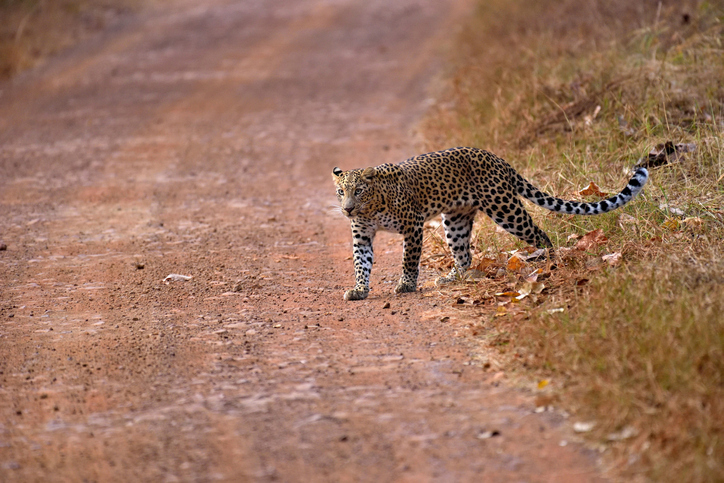 A leopard was spotted near the Asola Bhatti Wildlife Sanctuary in south Delhi’s Tughlaqabad area, prompting the authorities to issue an alert for the nearby residential areas.

The leopard was last spotted on September 8 in Sangam Vihar area and since then, the wildlife officials have been trying to find out its current location, a senior official in the South Forest Division (Asola Bhatti Wildlife Sanctuary) told IANS on Friday.

“It may be that the leopard has moved away from this area but people in the nearby areas are advised to be cautious while stepping out of their homes after sunset,” said Deputy Range Officer, South Forest Division, Tajuuddin (who goes by a single name).

The forest official said people in nearby villages have been asked to be careful while stepping out of their homes and to keep the main doors of their homes shut, especially post-sunset. An alert has been issued for Sangam Vihar, JJ Colony, Sanjay Colony, Bhatti Mines, and other adjoining areas.

“Leopard might have come here while hunting because there are several deer in this area,” he added.

Forest officials have learnt of the big cat’s presence in the area after it was caught on a camera trap mounted nearly 250 metres away from the Tughlaqabad forest office. The camera trap images showed the leopard moving in the dark in the area.

Leopards have often been sighted in the national capital earlier too. Last month, a leopard was spotted in Mehrauli while in January, it was caught on several CCTVs in Najafgarh area.

The Forest Department does not know how many leopards are present in the Asola Bhatti Wildlife Sanctuary. Delhi forest officials said several camera traps have been set up in the sanctuary to assess the leopard population. —IANS