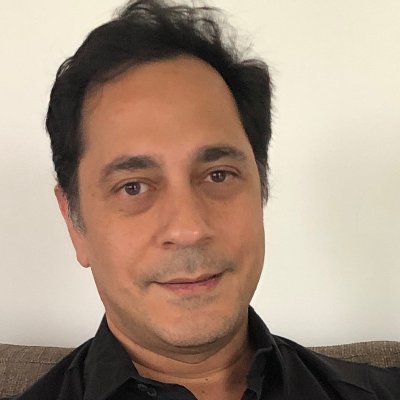 Sexual orientation should not be the means to judge anyone's competence, LGBTQ community members said and lauded the Supreme Court Collegium for reiterating its recommendation for appointing senior advocate Saurabh Kirpal, an openly gay person, as a Delhi High Court judge.

50-year-old Kirpal, son of former Chief Justice of India BN Kirpal, will become the first openly gay judge of a constitutional court in India if the Centre accepts the Collegium's recommendation to elevate him.

The Collegium, while reiterating its November 11, 2021, recommendation for Kirpal's appointment, had rejected the Centre's contention that though homosexuality stands decriminalised in India, same-sex marriage is still bereft of recognition.

Members of the community also said the government was denying a learned lawyer a "just" promotion.

Sharif D Rangnekar, an author who identifies himself as gay and knows Kirpal personally, said no identity, be it religious, sexual or political, should be used as a means to determine anyone's competence. The former journalist also said he is happy that the Collegium, this time, through its statement has spelled out the same for one and all.

In a statement reiterating its recommendation for appointment of Kirpal as a judge of the high court, the three-member Collegium, headed by Chief Justice of India DY Chandrachud, had lauded him for being open about his sexual orientation, saying it "goes to his credit" that he has not been surreptitious about it.

"My view is very clear that Saurabh deserves to be in that position for several years... and that his sexuality has nothing to do with his competence. I don't think why anyone's sexual identity has anything to do with their role whether they are a judge, a parliamentarian, a legislative assembly or a CEO," Rangnekar, the author of "Straight to Normal: My Life as a Gay Man", told PTI.

He also termed the government reasons against Kirpal's appointment as "excuses".

The Collegium, also comprising justices SK Kaul and KM Joseph, had said the proposal for appointment of Kirpal as a judge of the high court has been pending for over five years and needs to be processed expeditiously.

Referring to letters from the Research and Analysis Wing (R&AW) that were forwarded by the government to it, the Collegium had noted that there were two objections to the recommendation made on November 11, 2021. The objections were "(i) the partner of Shri Saurabh Kirpal is a Swiss national, and (ii) he is in an intimate relationship and is open about his sexual orientation", according to the statement. The Collegium rejected both the objections.

Delhi-based transgender Naaz Joshi accused the government of being "LGBTQ-phobic". "The whole LGBTQ community is proud of Kirpal, as for the government, they are just bringing policies for the sake of it... but they are never happy with our success," she said.

Joshi has claimed that she has been subjected to hatred despite winning multiple beauty pageants for the country.

"I look at (forward to) Kirpal's appointment as a Delhi High Court judge, which I hope will be very soon," she said.

Kirpal has been practising at the apex court for over two decades and was also the counsel for Navtej Johar, Ritu Dalmia and others in case that led to the reading down of Section 377 of the Indian Penal Code in 2018 and decriminalising gay sex.

Film director Onir, who is openly gay and a vocal advocate for LGBTQIA+ rights, called as "illogical" the arguments made against Kirpal's appointment as a judge.

"It's shameful how the community continues to be oppressed and marginalised using absolutely sick illogical arguments, be it now in the case of #SaurabhKirpal or the refusal to accept the LGBTQ community in the forces. Just a ploy to keep the power with the cisgender community," he tweeted.

Many outside the community also spoke out favouring the Supreme Court Collegium's recommendation.

"The appointment of advocate #SaurabhKirpal as a judge of the Delhi High Court will send a good message to the world. #sexualorientation," RK Vij, a Twitter user, said on the micro-blogging site.

Pooja Desai tweeted, "Proud of the stand the SC collegium has taken by publicly reinstating its second recommendation to appoint a qualified and able lawyer-who also happens to be gay-as a Delhi HC judge, rejecting the two objections to Saurabh Kirpal's appointment that the government cited, with reasoning."

"This is #Epic. So refreshing for our #SupremeCourt to stand firm on its support for a #LGBTQA Judge. More power to them #SaurabhKirpal #Lawyer," said Sanjay, another Twitter user.

Kirpal was recommended for elevation in 2017 by the Delhi High Court Collegium, then led by acting chief justice Gita Mittal.

He was conferred the designation of senior advocate in March 2021 after reportedly getting the votes of all the 31 judges of the high court at that time.