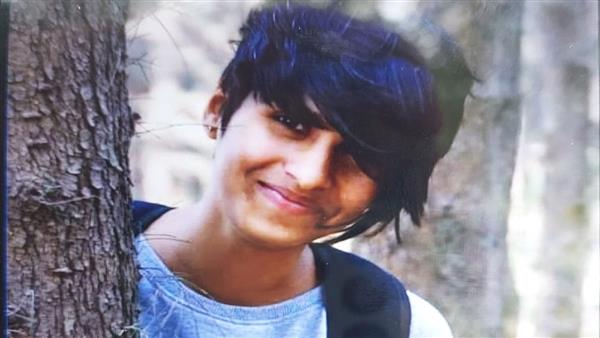 A 28-year-old man allegedly strangled his live-in partner and sawed her body into 35 pieces which he kept in a 300-litre fridge for almost three weeks at his residence in South Delhi’s Mehrauli before dumping them across the city over several days, police said on Monday.

In a harrowing tale of betrayal and subterfuge, the accused, a trained chef, evaded detection for six months, continued to live in the house they shared and was only arrested early Saturday after details of the killing and its grisly aftermath came to light during his interrogation.

Aaftab Amin Poonawala told the police during the investigation that he killed Shraddha Walkar after a quarrel over marriage and the idea of chopping her body into pieces was inspired by “Dexter”, an American crime TV series.

He not only bought the fridge to preserve the body parts but also stocked incense sticks and room fresheners to suppress the foul smell emanating from the corpse.

Stepping out past midnight with body parts packed in poly bags, the accused meticulously planned which ones to dispose of first depending upon which part starts decomposing at the earliest, the police said.

According to police officials, 13 body parts were found after the accused pinpointed the areas where he had thrown them, but only after their forensic examination, it can be confirmed if they belong to the victim.

They are yet to find the murder weapon.

For the next few weeks after the murder, Poonawala allegedly interacted with the woman’s friends using her social media accounts so as to not arouse any suspicion. Walkar was not talking to her family as they had objected to their relationship.

Moving on with his life as if nothing happened, the accused continued to live in the same place where they had shifted in May after moving from Mumbai.

The victim’s father in Mumbai filed a complaint when one of her friends informed him in September that Walkar’s phone had been unreachable for two months and Poonawala claimed that they had parted ways some time back.

Poonawala and Walkar had met each other through an online dating application. Later, they started working for the same call centre in Mumbai and fell in love. But their families objected to the relationship as they belong to different faiths, prompting the couple to move to Mehrauli earlier this year, the officials said.

“Around mid-May, the couple had an argument over marriage, which escalated and Poonawala killed her,” Ankit Chauhan, Additional DCP-I, South district, said.

“The accused then cut her body into over 35 pieces. He bought a 300-litre fridge to preserve the body parts and stocked up on incense sticks and room fresheners. He disposed of the pieces in different parts of the city over several days. He used to step out past midnight to dump the severed body parts,” he added.

Chauhan said the woman was not on talking terms with her family due to their differences over her relationship with Poonawala.

The complaint by the victim’s father alleged that Poonawala used to beat Walkar on several occasions and that she had informed her family about it earlier.

“The woman’s father called the accused up but was told that the couple had parted ways sometime back. Unable to contact his daughter, the man then filed a missing complaint,” Chauhan said.

After receiving the complaint, Mumbai Police traced her last location to Delhi and also called Poonawala whose contradictory statements raised suspicion, prompting them to rope in Delhi Police.

“Mumbai Police took out Call Detail Record (CDR) of Poonawala and Walkar and found her mobile was switched off since May. Then we called up Poonawala and inquired with him as well as his statement was recorded.

“He earlier said they were residing in Chattarpur locality in Delhi but in May she left his place after some fight between them. When Manikpur police found some contradiction in his statement, they informed the Delhi police and transferred all her details to them,” a senior Mumbai police official said.

On November 8, Mumbai police reported at Mehrauli police station regarding the missing woman. During the investigation, a raid was conducted at Poonawala’s residence and he was detained.

“Initially, he said that they both had some arguments and she left him. Later during sustained interrogation, Poonawala disclosed that he and the deceased were in a live-in relationship since 2019. They had frequent fights.

“On May 18, the accused and the victim had some arguments. She was shouting due to which he covered her mouth with his hand. Later, he strangulated her, cut the body into parts and disposed of them in a nearby jungle area,” a senior Delhi Police official said.

Poonawala has been remanded in five-day police custody and further investigation is underway.

The Delhi Commission for Women (DCW) on Monday issued a notice to Delhi police asking it to submit by November 18 an action taken report in the matter.

The DCW has also sought a copy of the FIR and asked whether Walkar had filed any complaint of harassment, domestic violence or sexual abuse against her partner.

DCW chief Swati Maliwal has called for stringent punishment to the accused.

“What kind of cruel people are there in society. Police have arrested the accused and the cruel man should be given strict punishment,” she said in a tweet in Hindi while referring to the incident.

“She was active on social media and when she was not found to be active, her father approached Mumbai Police and then subsequently the investigation came to Delhi. There is scientific evidence available against Aftab. This is a case of conviction.”