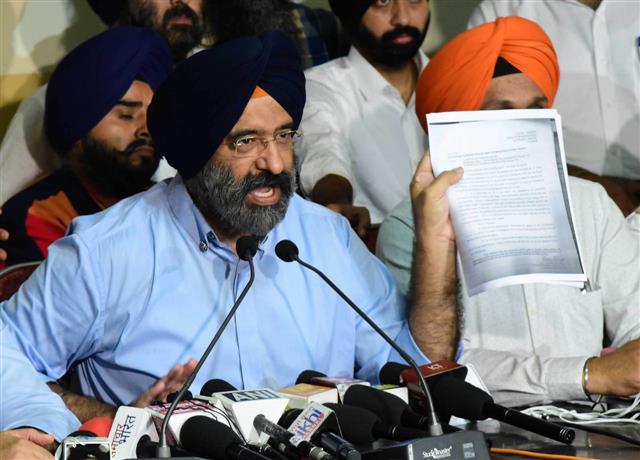 Delhi Police informed a court here on Monday that a ‘Look Out Circular (LOC)’ has been issued against ‘Shiromani Akali Dal’ leader Manjinder Singh Sirsa in case related to misappropriation of funds.

Sirsa is facing probe in the case of alleged misappropriation of funds during his tenure as the secretary-general of Delhi Sikh Gurdwara Management Committee (DSGMC).

The step was taken in compliance of court’s earlier direction to the police to ensure that Sirsa does not flee from justice.

“In continuation of previous status report submitted before the court and in compliance of order dated July 9 of court, it is submitted that LOC of alleged Manjinder Singh Sirsa has been opened. The investigation of the case is in progress,” the status report filed before Metropolitan Magistrate Pankaj Sharma said.

The court had passed the directions after being told by complainant’s advocate Sanjay Abott that Sirsa has already sold his properties and he allegedly is in the process of fleeing as soon as flights resume.

Delhi Police had however told the court that LOCs against the accused persons had not been opened as they were joining investigation as and when asked.

The FIR was lodged by the Economic Offences Wing (EOW) of Delhi Police on complaint that Sirsa, who at the time of the incident in 2013 was general secretary of DSGMC, had allegedly caused wrongful loss of public funds. PTI