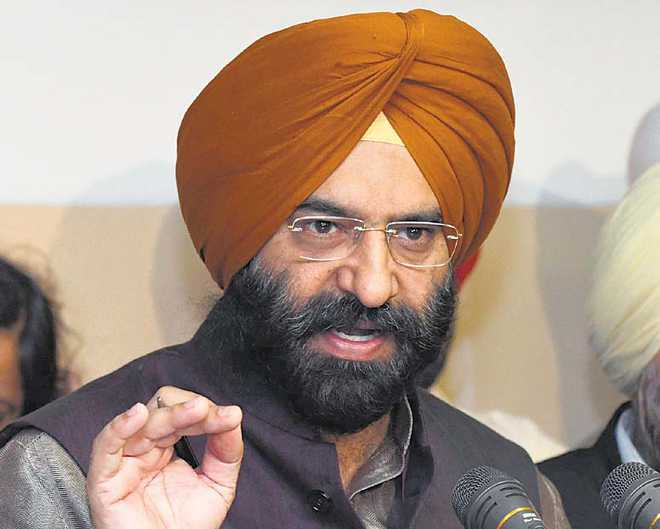 In a twist to Sikh politics in the national capital, the Directorate of Gurdwara Elections of Delhi Government has declared that Manjinder Singh Sirsa, the outgoing president of Delhi Sikh Gurdwara Management Committee (DSGMC), cannot be co-opted to the DSGMC as “he does not qualify” under eligibility conditions.

Sirsa lost his Punjabi Bagh seat to Harvinder Singh Sarna when the results of the DSGCM polls were announced on August 25. Later, he was co-opted on the quota of the Shiromani Gurdwara Parbandhak Committee (SGPC). Sarna had challenged the same in the Delhi High Court, which directed the Directorate of Gurdwara Election to look into the allegations to see Sirsa qualified under the DSGMC (Co-option of member) rules 1974.

Narinder Singh, the Director of the Directorate of Gurdwara Elections has declared that Sirsa does not meet the eligibility as he could not establish his proficiency in writing and reading Gurmukhi (the script of the Punjabi language).

“Manjinder Singh Sirsa is not well-versed with reading and writing of Gurmukhi,” said the order.

The order went on to say “it has been decided that Manjinder Singh Sirsa is not qualified under Section 10 of the Delhi Sikh Gurudwara Act, 1971, to be chosen a Co-opted member of the  DSGMC, as a nominee of the SGPC, Amritsar”.

The orders ask the SGPC to nominate a new person.

Sirsa submitted a copy of his BA Honours Punjabi degree from Sri Teg Bahadur Khalsa College, Delhi University, which he did from 1990 to 1993. He also submitted a certificate issued by the Principal of Sukho Khalsa Sr Secondary School, Jail Road Janakpuri, New Delhi, which said that Manjinder Singh Sirsa had recited Gurbani in Gurmukhi and had also written Gurmukhi script before the Principal.

Both his claims were rejected by the Directorate.

Sirsa was asked to write an application in Gurmukhi, which the orders said, “had 27 errors”.  Further, the order said Sirsa “was not able to properly recite (a verse from Gurbani), with proficiency and accuracy”.

Sarna had approached the high court of Delhi saying co-opted members have to be eligible under the DSGMC (Co-option of Members) Rules 1974.

On August 25, the Shiromani Akali Dal retained its control over the DSGMC bagging 27 of the 46 seats. The SAD (Delhi), led by the Sarna brothers—Paramjit Singh and Harvinder Singh—won 14 seats while the Manjeet Singh GK led Jag Asra Guru Ott (Jago) party managed to win just two.