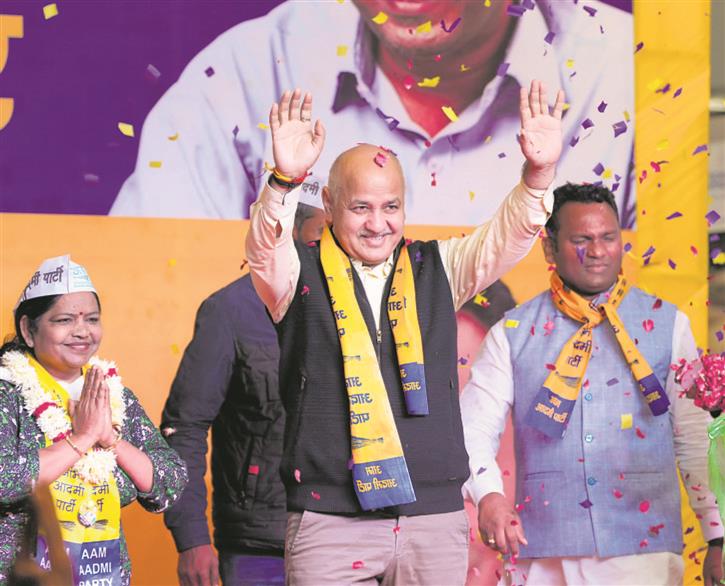 Sanitation workers will get their salaries on time if the AAP comes to power in the Municipal Corporation of Delhi, Deputy Chief Minister Manish Sisodia said on Thursday.

‘Only Cong can solve problems’

The Congress’ candidates for the civic polls were chosen on the basis of their work and only this party can solve people’s problems through good governance, its Delhi unit chief Anil Chaudhary said on Thursday. PTI

Sisodia, who addressed public meetings in Trilokpuri, Kondli and Patparganj, said the BJP had failed to fulfil its responsibility of keeping the city clean.

The BJP has ruled the MCD for 15 years and is seeking a fourth term.

“Everyone in Delhi knows that the main responsibility of the MCD is to keep Delhi clean but the BJP could not understand this in 15 years. It was focused only on extorting money from the public during its tenure,” Sisodia said.

As part of its campaign for the December 4 MCD polls, the AAP has repeatedly targeted the BJP over its “failure” to clear the landfill sites during its tenure in the municipal corporation.

Over the years, fires have broken out at these dumping yards which have tonnes of legacy waste, leaving neighbouring areas shrouded in smoke for days.

The counting of votes for the MCD elections will take place on December 7.