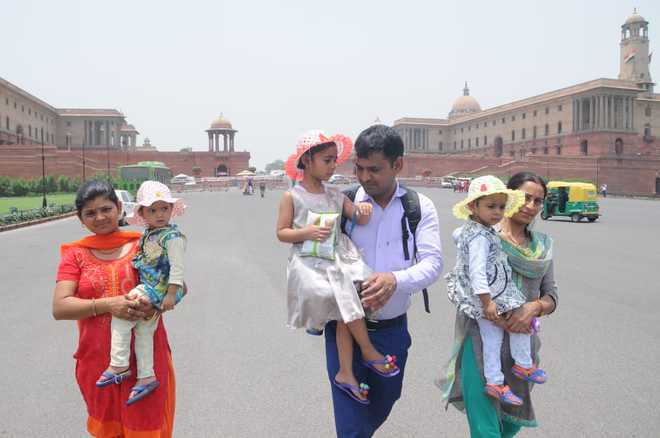 On Friday, the maximum temperature settled at 31.6 degrees Celsius, five notches above normal.

The maximum temperature is likely to rise by three to four degrees Celsius in Delhi in the next few days, the India Meteorological Department (IMD) said on Saturday.

Light rain is also predicted in the city on Sunday under the influence of a fresh western disturbance affecting the hilly region, it added.

On Friday, the maximum temperature settled at 31.6 degrees Celsius, five notches above normal. It is likely to rise to 34 degrees Celsius by Monday, the IMD said.

The minimum temperature will also increase by two to three degrees Celsius over the next few days. PTI