MoS Home asks Sisodia to visit jhuggis in Patparganj to see if people are getting water, electricity 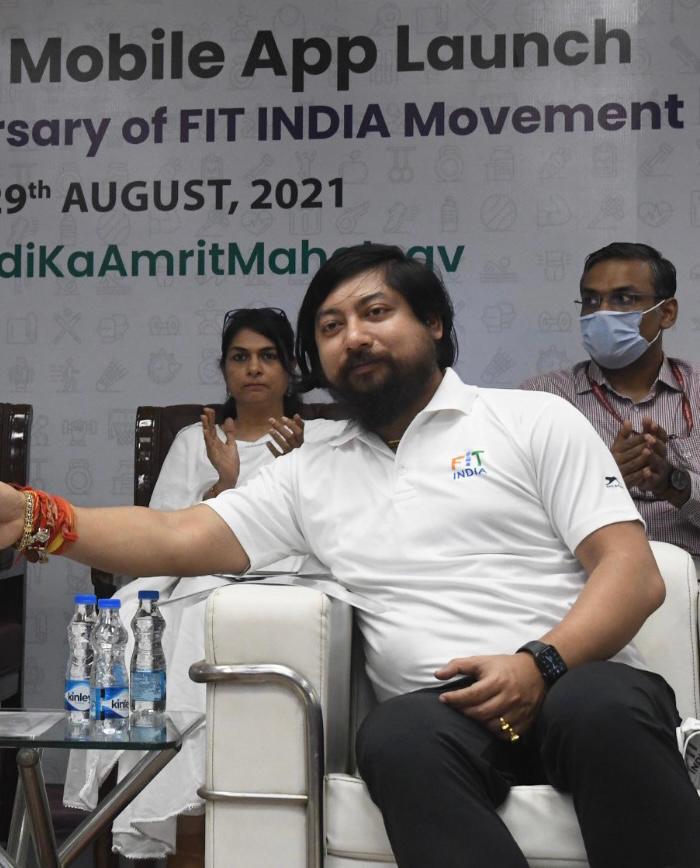 Union minister Nisith Pramanik on Friday asked Delhi Deputy Chief Minister Manish Sisodia to visit the jhuggi cluster in his Patparganj constituency to see if poor people are really getting “clean water, electricity and free education”, as claimed by the AAP government.

The Minister of State for Home Affairs was addressing a gathering at Yamuna Khadar area in east Delhi, before inaugurating a ‘Namo Sewa Kendra’—a facilitation centre in the JJ cluster to provide to the local people directly the benefits of central government’s welfare schemes.

“I feel like laughing when I hear Sisodia ji making tall claims in his speeches. I hear claims of giving free electricity, free water, and free education. I’m saying it on camera today. Is there any government school here? I hear some NGOs run schools here (Yamuna Khadar). Are you getting clean water at home? Are you getting electricity at home,” the minister asked the crowd.

“So, if the masses are not getting water, electricity and education here, how do some people make such boastful talks,” he charged.

Sisodia is an MLA from Patparganj constituency of Delhi Assembly.

The Union minister then asked Sisodia to visit the jhuggi cluster and ask people if they are getting the services being promised.

“I would say, Sisodia ji, please visit this place with a camera and then reply to what I am saying on camera today. Only speeches don’t matter, we have to stand with the people too,” Pramanik said.

There was no immediate reaction from either Sisodia or the AAP.

The MoS Home also asserted that during the Covid pandemic, “party (BJP) workers have done great service to the people during challenging times”.

Earlier, Delhi BJP chief Adesh Gupta took a dig at Chief Minister Arvind Kejriwal and claimed that he had got a swimming pool made for himself at a very high cost, but “the person who talks of ‘aam aadmi’, does he care if the people here are getting clean water or not”.

He said, the Namo Sewa Kendra is the result of ‘Jhuggi Yatra’ undertaken recently by him to understand the problems of people living in shanties.

“This kendra is the first one being opened, and through this, the endeavour is to provide to local people living in JJ clusters, directly the benefits of central government’s welfare schemes like Ujjwala scheme, and getting Aadhaar cards and e-Shram cards made,” Gupta said.

Later he also fed rescued cows kept near the centre and told reporters that soon, 20-25 more of such centres will be be opened across the city.

“During the ‘Jhuggi Yatra’, we realised that out of the 70 constituencies of Delhi, 45 are such where people living in jhuggis are not getting services. So, we decided to open such a facilitation centre,” Gupta claimed.