Cause of fire yet to be ascertained 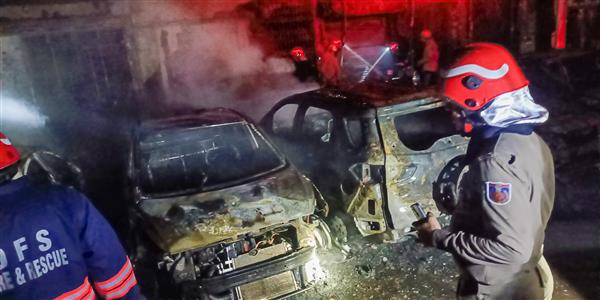 Vehicles gutted in fire at Sadar Bazar, in Delhi, on Thursday, December 1, 2022. PTI

A call regarding the fire was received at around 6:19 pm, they said.

"We got a call that some vehicles had caught fire and we rushed four fire tenders to the spot. The fire was brought under control," a senior official said.

The cause of the fire is yet to be ascertained, the official said.

Seven cars and a few two-wheelers had caught fire, the officials said.