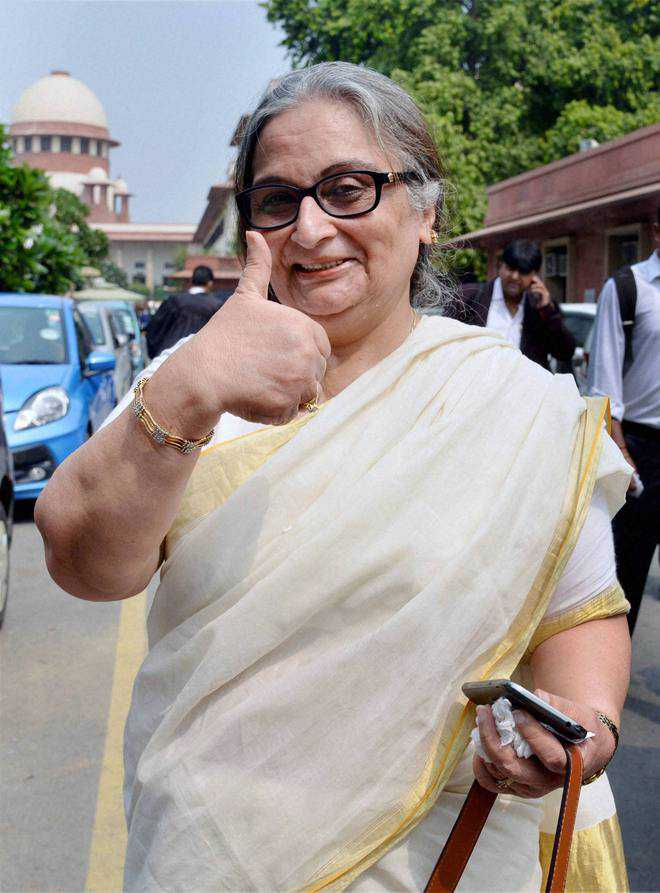 The Delhi Police on Wednesday informed the Delhi High Court that it would provide round the clock security to Nilam Katara, mother of murdered business executive Nitish Katara, whenever she visits the capital from Dehradun as she fears for her life.

Justice Yogesh Khanna was informed by the police that the officials would also protect the accommodation where she would be staying during her visit to Delhi for medical treatment or court cases.

The police said Nilam Katara shall intimate them through email at least 72 hours prior to her visit.

While recording the submissions made in a status report on behalf of Delhi Police, the high court disposed of her plea seeking direction to the Centre to grant her protection in Uttarakhand, where she has recently shifted.

Advocate Pradeep Dey, representing Nilam Katara, said instead of providing protected accommodation to her only in east Delhi, the police be asked to provide her security in New Delhi and central Delhi area also.

To this, additional standing counsel Rajesh Mahajan, representing Delhi Police, said they have no objection to it and she will be provided with the email id on which she shall intimate about her visit here.

The Centre had earlier informed the high court that it has requested Uttarakhand government to provide adequate security to Nilam Katara as she was shifting to Dehradun.

Nilam Katara, in her plea, had said she needed protected accommodation whenever she visits the national capital for pursuing pending legal matters in courts here or for medical reasons.

The high court was earlier informed that she has been provided security here since 2002 and she will be shifting to Dehradun at the end of the month due to financial and other issues.

Her counsel had submitted that she feared for her life and the high court has the power to direct the central authority to provide her security at both the places, Delhi and Dehradun.

On October 3, 2016, the Supreme Court had awarded a 25-year jail term without any benefit of remission to Vikas Yadav and his cousin Vishal for their role in the sensational kidnapping and killing of her son Nitish Katara.

Another co-convict Sukhdev Pehalwan was also handed down a 20-year jail term in the case.

Prior to this, the Delhi High Court, while upholding the life imprisonment awarded to Vikas and Vishal Yadav by the trial court, had specified a 30-year sentence, without any remission, to both of them. It had awarded a 25-year jail term to third convict Pehalwan.

All three were convicted and sentenced for kidnapping Nitish Katara from a marriage party on the intervening night of February 16-17, 2002 and then killing him for his alleged affair with Bharti Yadav, the sister of Vikas.

Bharti is the daughter of Uttar Pradesh politician DP Yadav who is in jail in connection with another murder case.

Nitish Katara was murdered as Vishal and Vikas Yadav did not approve of his affair with Bharti because they belonged to different castes, the lower court had said in its verdict. — PTI