No slum dwellers along railway tracks in Delhi will be removed till decision is taken: Centre to SC

The top court on August 31 had directed the removal of around 48,000 slum dwellings 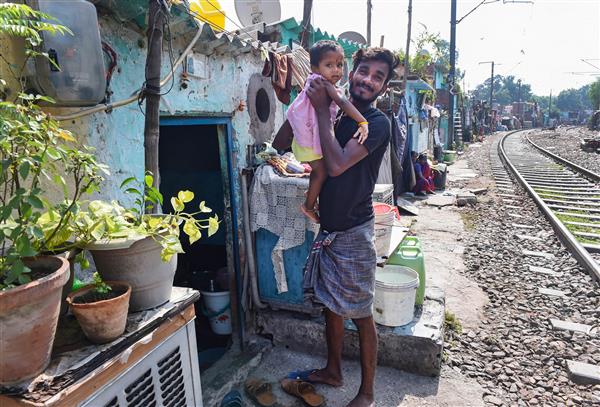 Resident of a slum near Lajpat Nagar Railway line, in New Delhi. PTI

The Centre informed the Supreme Court on Monday that no slum dwellers along the 140 km length of railway tracks in Delhi would be removed till a final decision is taken by the government.

A Bench headed by Chief Justice SA Bobde was informed by Solicitor General Tushar Mehta that a final decision would be taken in consultation with the Railways, the Delhi government and the Urban Development Ministry.

The Bench, also comprising Justices A S Bopanna and V Ramasubramanian, recorded Mehta’s assurance and said that no coercive action be taken against these slum dwellers for four weeks.

The top court on August 31 had directed the removal of around 48,000 slum dwellings along the railway tracks in Delhi within three months and said there shall not be any kind of political interference in execution of the plan.

The Bench was on Monday hearing the applications, including the one filed by senior Congress leader Ajay Maken, who has sought rehabilitation of these slum dwellers prior to their removal. PTI