The move will come as a big relief for people, especially the residents of east Delhi where the hospital is located 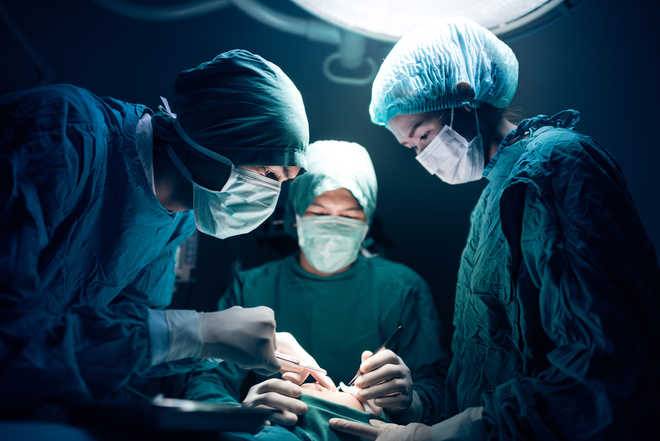 Doctors at Delhi government-run Rajiv Gandhi Super Speciality Hospital (RGSSH) are slated to conduct a heart bypass surgery on Monday, which will be the first operation to be done there since it was declared a dedicated coronavirus facility nearly 10 months ago, officials said.

The National Capital had reported its first coronavirus case on March 1 when a businessman from east Delhi had tested positive for the infection.

LNJP Hospital and RGSSH were among the facilities converted into dedicated COVID-19 hospitals soon after the cases began to rise.

"Our OPD is scheduled to resume from tomorrow, however, it will be only available on three days -- Monday, Wednesday and Friday," RGSSH spokesperson Dr Chhavi Gupta told PTI.

"But, as a super speciality hospital, tomorrow is an important day for us as after 10 months a surgery will be conducted at the facility which had been all closed as we had become a fully COVID facility," she added.

The 650-bed RGSSH was a dedicated coronavirus facility till recently when it was converted into a partial COVID-19 hospital, along with six other Delhi government-run hospitals, including Lok Nayak Jai Prakash Narayan (LNJP) Hospital.

The OPD services resumed at the 2000-bed LNJP Hospital located in central Delhi, the largest facility under the city government, from January 4.

"The OPD services of five departments will function only partially in a week. So, cardiology and urology departments will run it on Monday and Wednesday, gastroenterology will run only on Monday, while pulmonology and CTVS will operate or on Wednesday and Friday," Gupta said.

"The COVID situation has improved in Delhi, so after being made a partially coronavirus facility, we have decided to resume the OPD too. It will start functioning again from Monday," a senior official had earlier said.

The move will come as a big relief for people, especially the residents of east Delhi where the hospital is located.

Delhi recorded 399 fresh COVID-19 cases on Sunday, the seventh time the daily incidences count stood below the 500-mark in January, even as the positivity rate dipped to 0.51 per cent.

The infection tally in the city stood at 6.3 lakh and the death toll mounted to 10,678 with 12 new fatalities, they said.

"The OPDs of medicine, surgery, paediatric and gynaecology have resumed to serve the general public at the LNJP Hospital. But, the number of patients who can be seen, has been capped to 50 for each of the four departments," the official at the hospital had earlier said.

Jain in December had said that the LNJP Hospital had successfully treated over 10,000 patients since it was declared a dedicated coronavirus facility, and hailed the team of the facility for the services rendered. — PTI