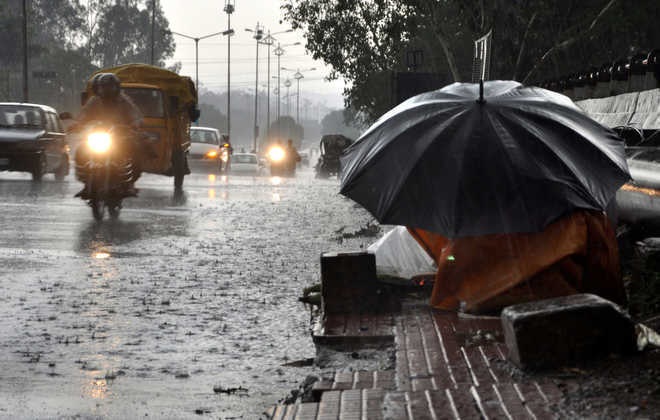 Another spell of “moderate to heavy” rain is likely in the capital on Wednesday with the India Meteorological Department issuing an orange alert, warning of major traffic disruptions and waterlogging in low-lying areas.

MeT officials said Delhi is in for a week-long spell of "light to moderate" rain with the monsoon trough passing through the region.

The capital has received 386.3mm rainfall this month so far, which is 103 per cent more than the normal of 190.4mm.  This is the highest precipitation for July since 2003 and the second-highest ever.

On Tuesday morning (before 8.30 am), the Safdarjung Observatory, the official marker for the city, gauged 100mm rainfall in just three hours.

The capital has recorded 15 rainy days this month so far.

The monsoon, which arrived in Delhi on July 13 making it the most-delayed in 19 years, is now drenching Delhi, flooding low-lying areas and causing long traffic snarls.