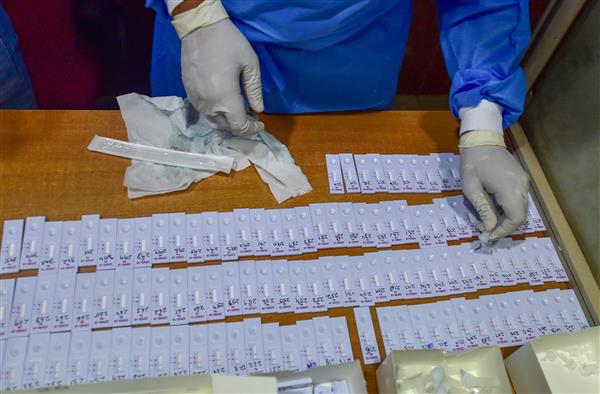 The number of active COVID-19 cases in Delhi increased by around 190 per cent in a month with 84,087 people contracting the disease during the period, according to government data.

There were 11,068 active COVID-19 cases on August 18. The number increased to a record 32,250 on Friday, an analysis of Delhi government's health bulletins showed.

But just when it seemed the number might drop further, it started rising again with an increase in new cases.

The upward trend inactive cases continued and the count stood at 20,909 on September 6.

According to Delhi Health Minister Satyendar Jain, the increase in testing has led to a rise in the number of new coronavirus cases.

Around 12,000 tests a day were being conducted in June.

The rise in the number of new cases has also led to a 35 per cent increase in the demand for beds in hospitals in the city.

It increased to 45 per cent on Saturday, with 7,022 out of 15,321 beds being occupied, according to data shared by the hospitals on Delhi Corona app.

Jain on Saturday said there has been a downward trend in COVID-19 positivity rate in the national capital and it will lead to good results by next week.

The cumulative positivity rate has also dropped below 10 per cent for the first time, he added. PTI