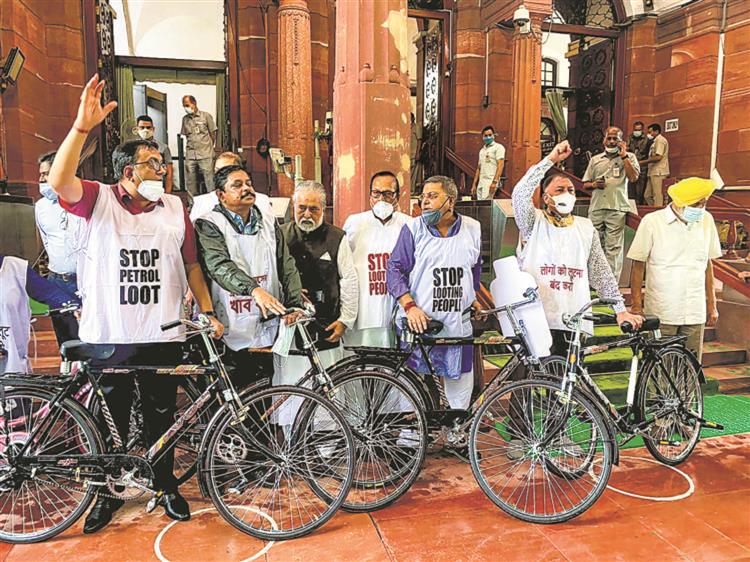 In a written answer, the Minister for Petroleum and Natural Gas said the price of petrol had been cut once during this period and that of diesel on two occasions.

In reply to another question, the government also said so far during 2021, the petrol prices in New Delhi rose 63 times as against diesel which saw price rise on 61 occasions. LPG prices in Delhi were raised five times and not cut even once. Petrol and diesel prices in Delhi were cut four times each this year.

“The prices of petroleum products are linked to the price of respective products in the international market. Oil marketing companies make a decision on retail selling price based on various factors, including international product prices, exchange rate, tax structure, inland freight and other cost elements,” the government said.

In the previous 2020-21, petrol prices were raised 76 times and reduced 10 times; diesel cost was increased on 73 occasions and reduced on 24.

Overall the government’s tax collections from petrol and diesel rose by 88 per cent to Rs 3.35 lakh crore in the year up to March 31.

This after the excise duty was raised to record levels, the government said in the Lok Sabha. It said excise duty on petrol was raised from Rs 19.98 per litre to Rs 32.9 last year and the corresponding raise on diesel was to Rs 31.8 from Rs 15.83 a litre.