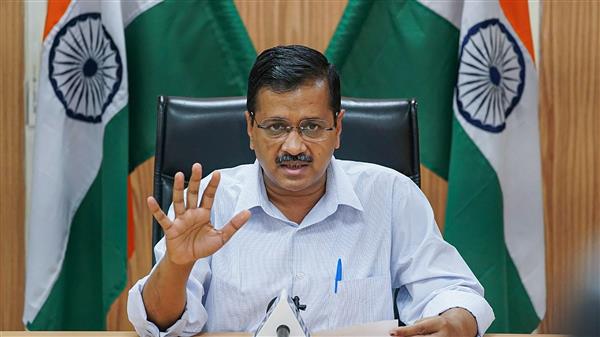 As Delhi’s air quality plunged into the “very poor” category on Sunday morning, Chief Minister Arvind Kejriwal said increase in pollution was due to stubble burning in neighbouring states as governments were “doing nothing” to help farmers to stop it.

He appealed to the governments of Punjab, Haryana and Uttar Pradesh to understand their responsibilities towards reducing stubble burning and controlling pollution.

“For the past one month, I have been tweeting data of air quality in Delhi. Pollution has increased in the last 3-4 days and it is due to stubble burning in neighbouring states. Farmers in neighbouring states are compelled to burn stubble as their governments are doing nothing for them (towards stopping stubble burning),” Kejriwal said in an event organised to lay the foundation stone of a 1,430 bed new government hospital in Shalimar Bagh.

The chief minister said the national capital has two kinds of pollution, one is its internal pollution that emanates from vehicles, dust, while the other one is because of stubble burning in neighbouring states of Punjab, Haryana and Uttar Pradesh.

Kejriwal said the Delhi government is doing every bit from anti-dust campaign to spraying of bio-decomposer liquid in fields to controlling inbound pollution, but the neighbouring states were yet to act.

“To stop stubble burning in Delhi, we sprayed bio-decomposer solution in fields. Farmers don’t need to burn stubble after spraying it. Why can’t state governments of Punjab, Haryana and Uttar Pradesh spray this liquid?” Kejriwal asked.

“I request governments of neighbouring states to understand their responsibilities (towards stopping stubble burning) and help their farmers responsibly,” he said.

Earlier in the day, Delhi Environment Minister Gopal Rai also reiterated similar concerns and said that air quality in the city was deteriorating because of increasing incidents of stubble burning in neighbouring states.

He also appealed for a responsible approach from governments of these states.

Rai said it was a normal trend that as the incidents of stubble burning in Punjab, Haryana and Uttar Pradesh increase, the air quality starts deteriorating in the city.

He said that two days back the AQI was 171 but as the incidents of stubble burning increased in neighbouring states, the AQI started getting worse and it was 284 on Sunday.

“We need a responsible approach from (neighbouring) states in reducing the number of stubble burning. They should make arrangements to spray bio-decomposer in their states so that pollution can be controlled,” Rai said.

He said that to control the city’s internal pollution, the Aam Aadmi Party (AAP) government was taking a number of measures, including spraying of a bio-decomposer solution in fields and also cracking down on violators.

“We have started anti-dust campaign and are taking action against violators. From Monday, we will also launch ‘Red Light On, Gadi Off’ campaign to reduce vehicular pollution.

“As a long term solution, we are promoting electric vehicle policy and working of tree plantation issues. We have also shut coal operating Badarpur plan to reduce pollution,” the environment minister said.

He also said awareness campaigns such as appealing to public to stop use of private vehicle at least for one day are also being started. —PTI