According to ‘Corona App’, of the total 14,205 beds available — both in the private and government hospitals — 5,896 are occupied 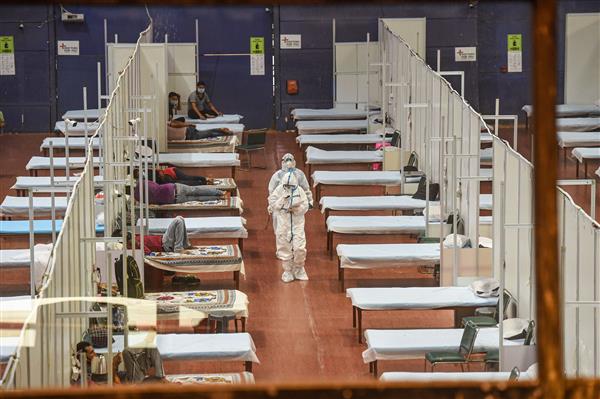 Amid a surge in COVID-19 cases, private hospitals in the national capital are witnessing an increase in admissions with no ICU beds with ventilators available in many of the top private facilities.

Out of the total 14,205 beds available — both in the private and government hospitals — 5,896 are occupied, according to the app, indicating an occupancy rate of 41.5 per cent.

Delhi reported 4,039 fresh COVID-19 cases on Wednesday, the highest single-day spike so far, as the tally breached the two lakh-mark in the city. On Wednesday, a record 54,517 tests were conducted by authorities in 24 hours, the health bulletin had said.

This was the first time since the outbreak of the pandemic, that over 4,000 cases were recorded in Delhi in a day. The previous highest single-day spike of 3,947 cases was recorded on June 23.

Experts attribute the increase in new cases to the increased public movement after easing of lockdown restrictions, non-residents coming to Delhi for treatment and return of migrants from other states.

Chander Prakash, president of the Delhi Voluntary Hospital Forum, said almost 30 per cent of the beds were occupied by patients from outside Delhi.

“Patients from neighbouring states, namely Uttar Pradesh and Rajasthan, are coming to the national capital for treatment due to subsidised rates here, which has led to an increase in the occupancy of ICU beds,” he said.

Dr Akshay Budhraja, Consultant Department of Pulmonology, Aakash Healthcare Super Speciality Hospital, said they had seen a rise in moderate and severe cases, which has led to a shortage of ICU beds in hospitals.

The senior doctor said people had become complacent and were not following the norms, which had led to a spike in the number of cases in the national capital. PTI