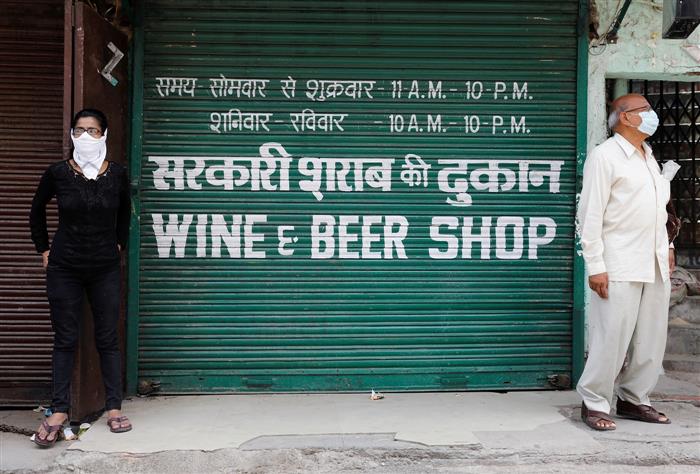 To explore alternative livelihood options or go back to their hometowns—the dilemma clouts the minds of those working at private liquor vends in Delhi, which are set to shut shop from September 1.

They are faced with uncertainty due to the city government’s decision to revert to the old excise policy that will lead to a closure of private liquor vends from September 1.

Ramdutt Prajapati (45), a salesman at a Lajpat Nagar liquor vend, said the fate of those working in the industry is at stake as they have no idea if the government will allow the private players to operate, even after it comes up with a new policy.

“I have no other skill than selling products, so I will try to find a similar job. If nothing works out, I may have to resort to selling fruits or vegetables but I cannot afford to sit idle at home as I have a kid and a wife to feed,” Prajapati told PTI.

Manish Vyas (39), who works at a liquor store in Ashok Vihar, is clueless about his future, forcing him to mull the option of relocating to his hometown in Kasganj in Uttar Pradesh.

“It is devastating to lose your job when you have responsibilities. I have no idea what will I do once the shop is shut next month. I will have to return to my hometown if I fail to get a new job,” he said.

The Delhi government had made retail liquor sale completely private with its new excise policy implemented on November 17, 2021. The policy has been recalled recently in the backdrop of the lieutenant governor recommending a CBI probe into it.

Deputy Chief Minister Manish Sisodia recently said the government will revert to the old excise policy regime and operate liquor stores through four of its corporations from September 1.

However, it is not clear whether private licences will also be issued by the government.

Similar concerns were echoed by Devesh Bhandari, who hails from Uttarakhand and works at a liquor shop in the Vivek Vihar area. He said he is planning to move to Noida or Ghaziabad and take up a similar job there.

“Working at a liquor shop is financially more beneficial than working at a general store. If the private liquor vends get shut in Delhi, I will move to Noida or Ghaziabad and work at another liquor store. Going home is not an option for me,” Bhandari (30) said.

He also appealed to the government to allow the private liquor vends to operate as the decision to shut these shops will impact a large number of people.

“At least seven-eight people work at a liquor store in Delhi. If the government does not allow the private liquor vends to function, thousands of people will be out of job,” he said.

Several liquor shops in east Delhi have downed shutters after the government announced that it will revert to the old excise regime.

The only liquor store at the Star City Mall has been shut for a week while liquor vends have stopped operating at Mayur Vihar Extension as well, locals said.

The employees at a liquor shop, which opened on Wednesday after getting its licence renewed, said they are thinking of returning home.

Sudhir Kumar (28), a resident of Etah in Uttar Pradesh, said he is planning to go home if the vends are shut down.

“I have four sisters and parents back home. One of my sisters is married. Another is scheduled to get married in December. It is still not known what awaits us. I have only worked at liquor shops and with the private vends set to shut down, I do not know what will I do. I earn Rs 18,000 per month and send money back home,” he said.

His supervisor, Vivek Kumar, who hails from Bareilly in Uttar Pradesh, said he has been living in Delhi for four to five years. Like Sudhir, Vivek also said he will go home if the vend stops operating.

“We have been taken by surprise. Many like me will be rendered jobless,” he added.

Another employee of the store said people like him are being sacrificed at the altar of politics.

“Two political parties have locked horns and we are bearing the brunt. What is our fault? I feel cheated. I had even worked for the Aam Aadmi Party during its election campaign,” he said.

Sudhir said even though the shop is open, the business has not been brisk of late.

“Most of the liquor vends have stopped operating in the area. So people feel it is better to drive down to Noida and Gurugram. Earlier, most of our customers would drive down from Noida but now, the customer base has shifted to the two neighbouring cities,” he added.