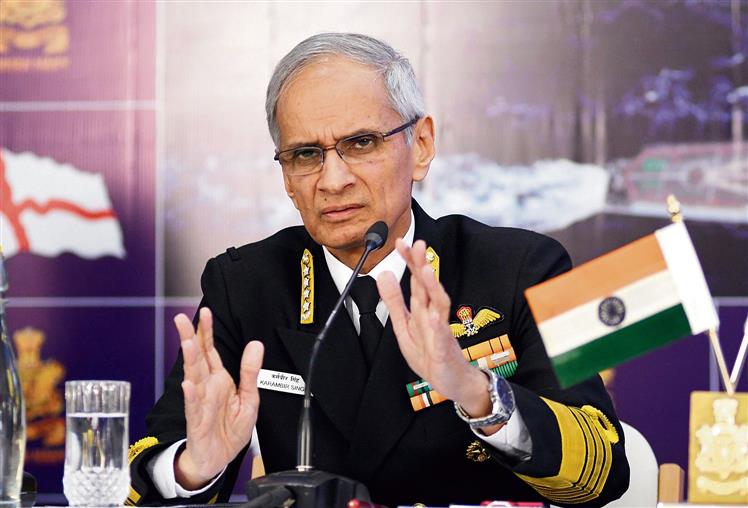 In what could set the tone for future military cooperation to tackle growing Chinese assertiveness, Indian Navy Chief Admiral Karambir Singh on Wednesday said if an ‘opportunity arose’ the Quad navies had the capability and capacity to come together almost in a ‘plug and play’ manner – indicating seamless integration.

The Quad or Quadrilateral is the grouping of India, US, Japan and Australia.

At the Raisina Dialogue 2021, on being asked where he saw Quad, if it could take a military form and was it ready for joint military operations, the Navy Chief said Quad navies already enjoyed a high degree of interoperability and highlighted that the Malabar exercise started with the US in 1992 and it predated the Quad construct. India has bilateral naval exercises with Japan since 2012 and with the Australian Navy for the past six years. “We have robust engagement of Quad navies….So if an opportunity arises, we have the capability and capacity to come together in almost a plug and play mechanism,” the Admiral said as his statement would be deciphered in Capital across the world specially Moscow and Beijing – both are not pleased with the Quad grouping.

Admiral Karambir Singh was joined by Admiral Phil Davidson, Commander of the Indo-Pacific Command, United States, who spoke about the importance of US-India relationship. “It indispensable for the Indo-Pacific”.

The Quad, he said, must fully realise the opportunities and address common interests, including cyber and space. He blamed the Communist Party of China for seeking to exploit the pandemic for military terms. Their intent is to undermine the established rule of law in the Indian Ocean and also the South China Sea.

Earlier, Admiral Karambir Singh said the Indian Navy recognised the expanse of the Indo-Pacific and no one could do it alone, it was best to do it together. “We could see that freedom of navigation gets converted into contested water,” he said.

At the Raisina Dialogue, on being asked where he saw Quad, whether it could take a military form and was it ready for joint military operations, Navy Chief Admiral Karambir Singh said Quad navies already enjoyed a high degree of interoperability and highlighted that the Malabar exercise started with the US in 1992 and it predated the Quad construct.