A cloud cover pushed the minimum temperature up to 10.9 degrees Celsius, four notches more than normal 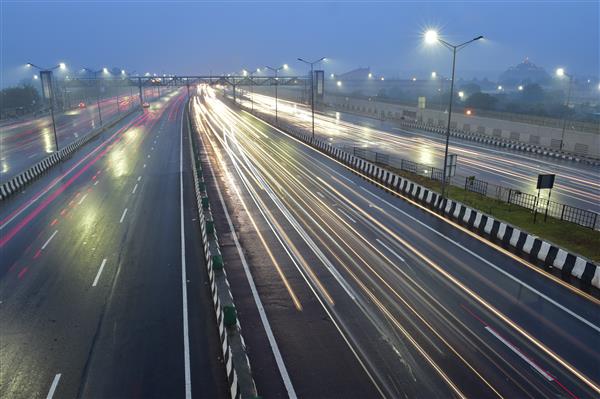 Vehicles ply on a road near Akshardham temple during a rainy evening in New Delhi. PTI

The national capital recorded light rains on Wednesday, while its maximum temperature dropped to 15.7 degrees Celsius, four notches below the normal and the season’s lowest so far.

A cloud cover pushed the minimum temperature up to 10.9 degrees Celsius, four notches more than normal.

The Safdarjung Observatory, considered the official marker for the city, recorded 7.3 mm rainfall.

Cloudy weather and on and off light rainfall is predicted in the city till January 9 under the influence of two back-to-back western disturbances, officials at the India Meteorological Department said.

“Generally cloudy sky and light rains” are expected till January 9 and the minimum temperature is expected to rise to 13-14 degrees Celsius by Saturday.

Mahesh Palawat, vice president (Meteorology and Climate Change), Skymet Weather, said the mercury is likely to drop to around four degrees Celsius after the withdrawal of western disturbance.

One or two spells of moderate rain are also expected in the capital, he said. —PTI