Two assailants, dressed as lawyers, had shot dead Gogi inside the courtroom where a murder case was being heard against him on September 24 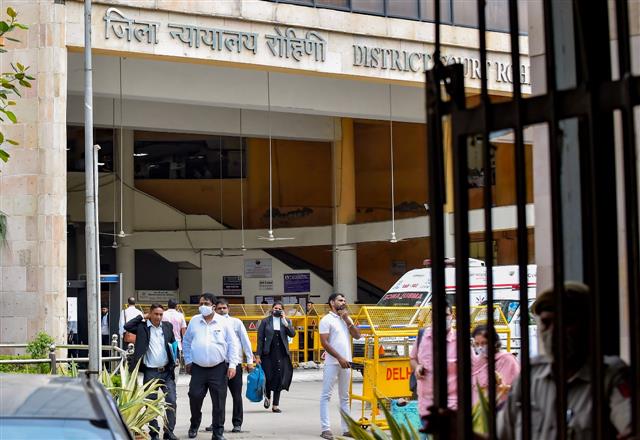 The aide of gangster Jitender Gogi, gunned down in Delhi’s Rohini court complex in September, has moved court seeking “very high-risk security” and increase in guard when travelling from jail to the court premises.

Two assailants, dressed as lawyers, had shot dead Gogi inside the courtroom where a murder case was being heard against him on September 24, this year. The duo was then killed in police firing.

Rohit Moi, who is also an accused in the same case in which Gogi was produced before the court, filed an application seeking permission for “very high-risk security and increase in guard while travelling from jail to court premises”.

Additional Sessions Judge Shivaji Anand, in an order dated November 22, directed the Jail Superintendent to produce the accused in the case only through video conferencing till further orders.

The judge further noted that a letter has been written to the Deputy Commissioner of Police (DCP), 3rd Battalion of Delhi Armed Police to consider his request to upgrade the security during court production.

ASJ Anand said the “compliance report for the same will be submitted before the court once the action taken report is received from the office of DCP, 3rd Bn, Delhi Armed Police.”

The directions came pursuant to the status report filed by jail authorities in which they stated that Moi is a high-risk category under trial prisoner and is presently lodged in the high-risk ward.

Besides this issue, the judge also directed the police to produce Gogi’s death certificate on the next date of hearing. —PTI